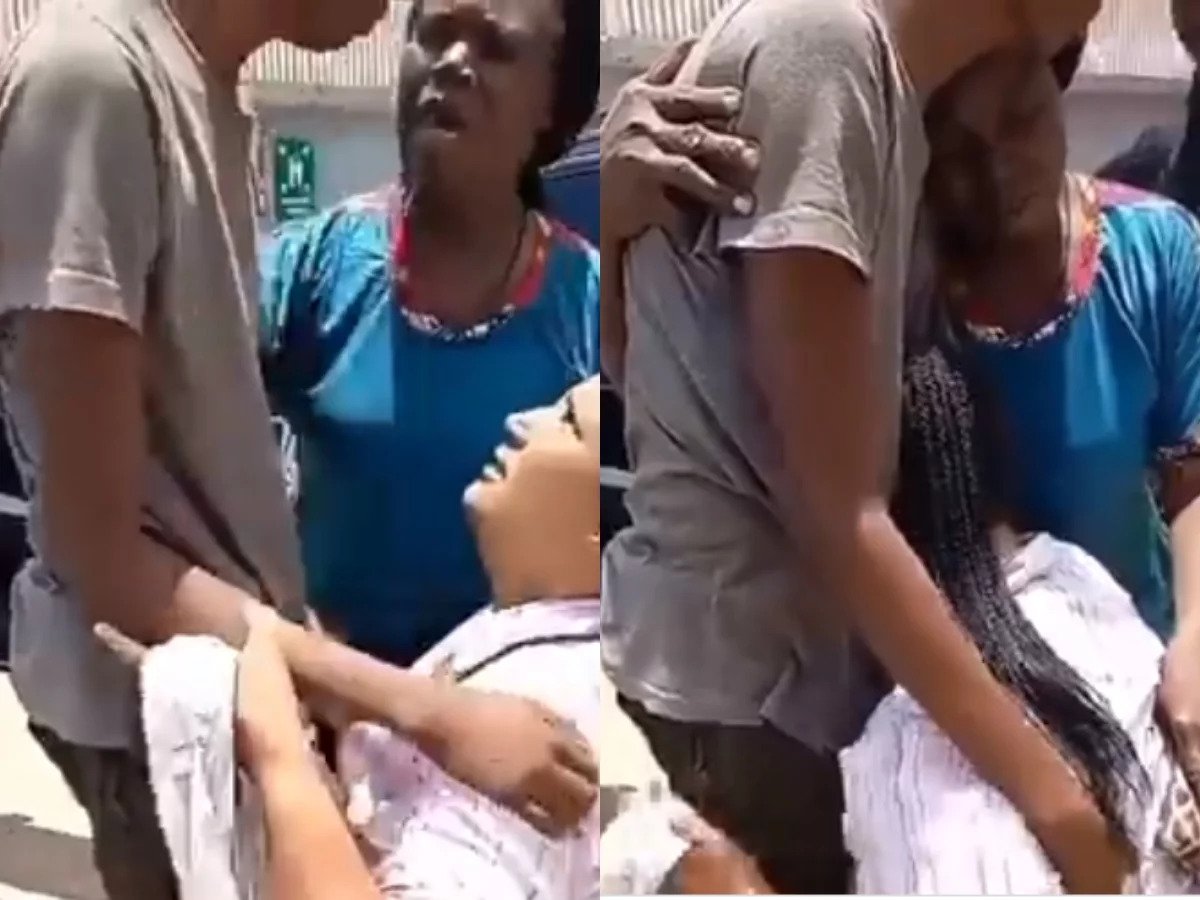 It was a tearful and emotional atmosphere as Aaron Attahiru, one of the abducted Greenfield University students, reunited with his family after regaining freedom.

His mother, Mrs Lauritta Attahiru, had on Tuesday told Channels TV that her son regained freedom on Saturday, without specific details about how he was released and how much was paid as ransom to secure his release.

However, emotions collided with joy during the reunion of Aaron and Mrs Lauritta after about two weeks of hardship in the custody of his captors.

In a video uploaded by LIB, Aaron’s mother could be seen kneeling and hugging her son who watched the bandits kill five of the 23 students and one staff of the institution days after their abduction on April 20.

WUZUPNIGERIA reported that the bandits threatened to eliminate the remaining victims if the government does not meet its fresh demand of N100million and 10 Honda motorcycles.

While the Kaduna State Government led by Mallam Nasir el-Rufai has insisted that no ransom would be paid to the bandits, a popular Islamic cleric, Sheik Ahmad Gumi, on Tuesday advised the federal government to meet their demands with money from the treasury of the Central Bank of Nigeria to secure the release of the remaining 17 students of Greenfield University, Kaduna.

My neighbour hired hoodlums who attacked me with acid – Lady narrates