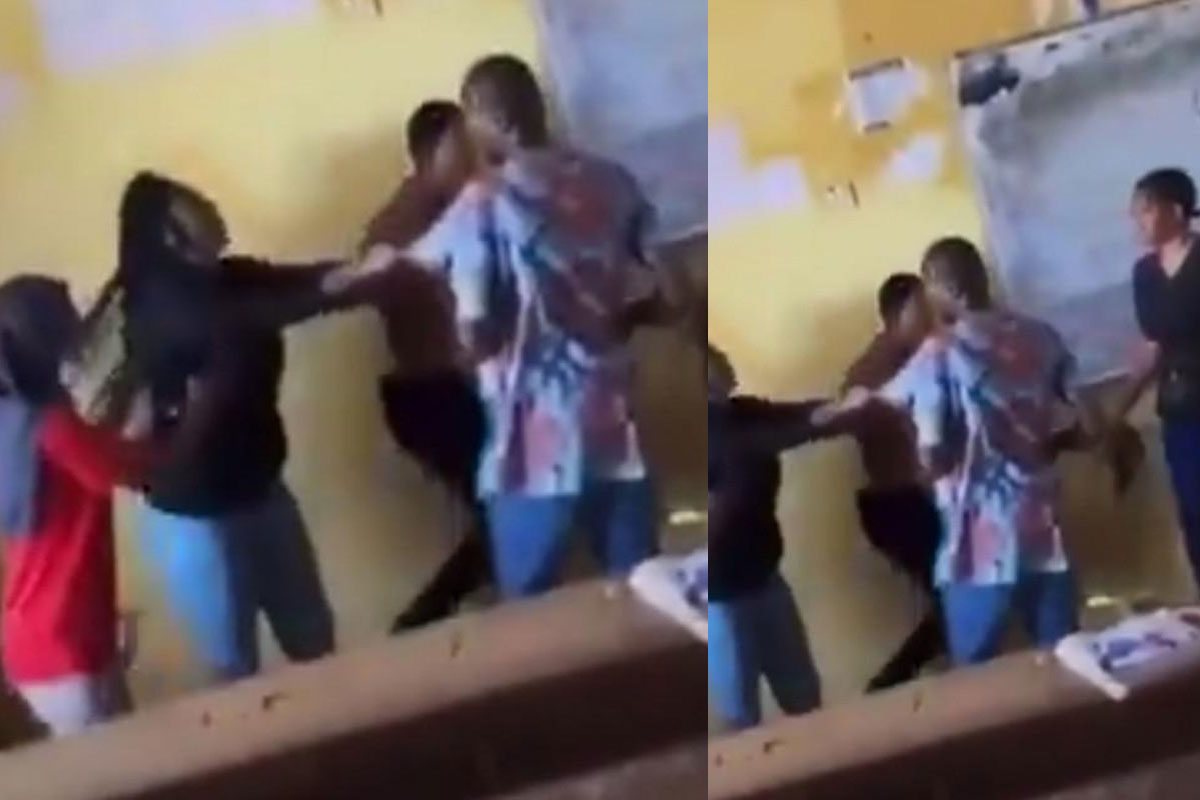 A video of a female student fighting a lecturer and ripping his shirt has gone viral on social media.

According to different social media posts, the student of Auchi Polytechnic, Edo State had gotten angry at the lecturer after he stopped her from writing an examination.

It was gathered that the unnamed lecturer had given the student a malpractice form to fill after he allegedly caught her with incriminating materials during the exam. Commenters on the viral video said should the lecturer take the malpractice form further, the student she would have to retake the exam or face the school’s exam malpractice panel.

However, the student who waited patiently until exams were over, attacked the man who was seen carrying a heap of answer scripts.

Video shared online captured her fighting the man and holding firmly to the front of his shirt  as other students plead with her to let peace reign.

See the video below…