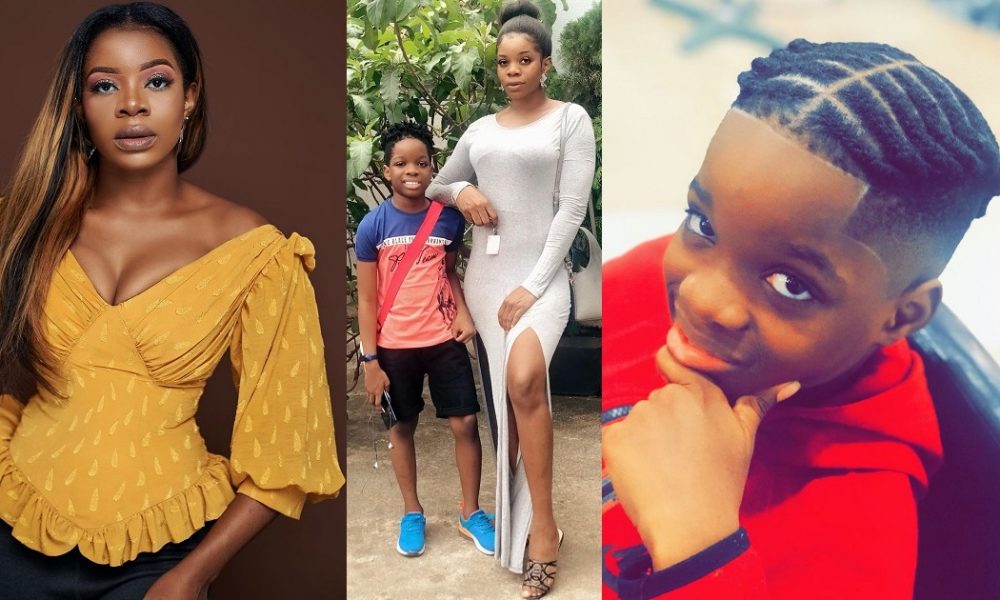 Shola Ogudu, one of Wizkid’s baby mama and mother of his first son, Boluwatife, has taken to her son’s Instagram page to share a video issuing warnings to ‘shameless’ women who keep sending inappropriate photos to her son.

According to Shola, she claimed some grown-up women are sending her son nude photos as she warned them to desist from the act else she would expose them.

MORE READING!  This adventure will end some day, James Brown on being a drag queen

“My son is only 9 years old and the kind of messages he gets in his Instagram page from grown women is MAD.

Are there no other men in the world that you women will be sending a 9-year-old nude photos.

STOP SENDING MY SON NUDES. This is the final warning and that is why i used his page to come and warn you or i will screenshot it and post it for everyone to see.

READ ALSO: BBNaija’s Khafi drags the hell out of Erica’s fan who used her as example for their queen

If you want to shoot your shots, do it at someone in your age bracket.

What does a 9-year-old need nudes for! This is a final warning”.

Related Topics:FeaturedInstagramnudesWizkid's babymama
Up Next