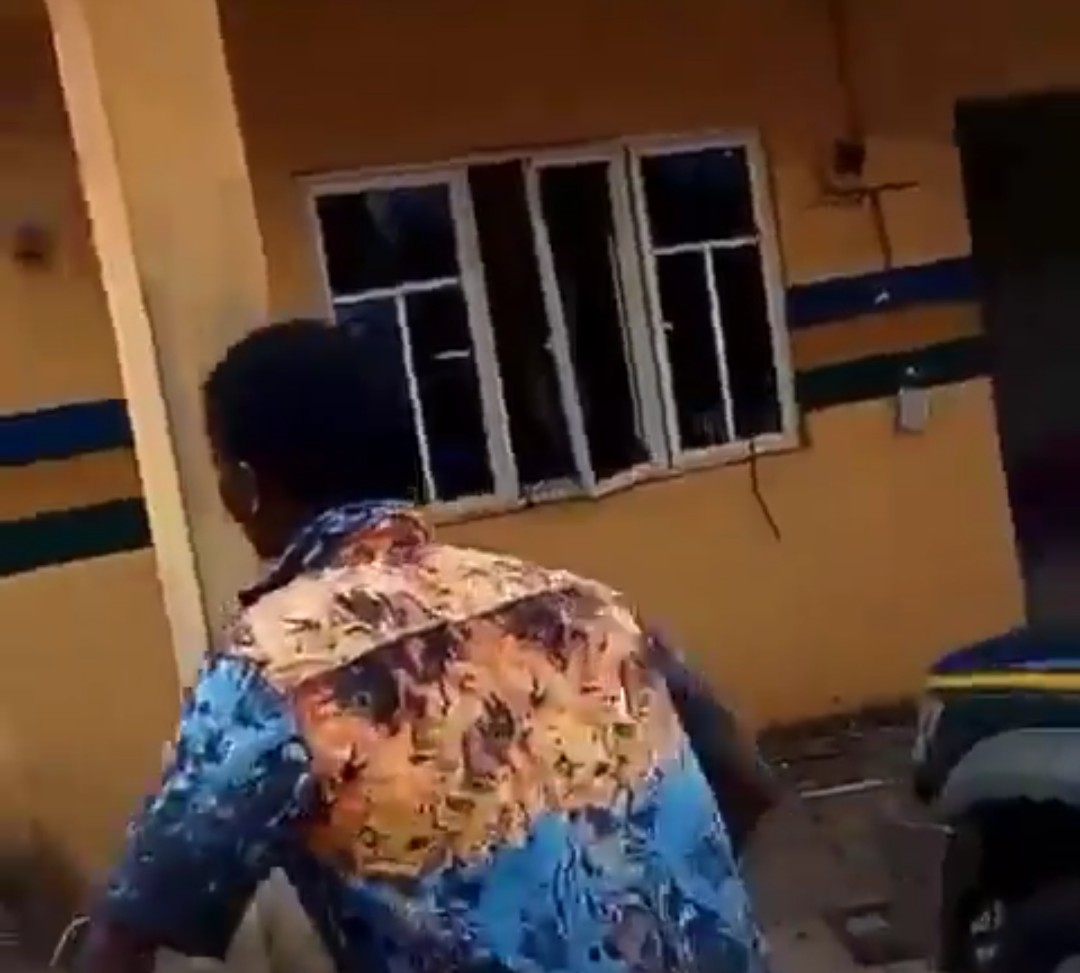 Below is a video showing the vandalization of Imoru Police Station in Ogun State by alleged EndSARS protesters.

EndSARS is a campaign calling for the abolishment of the Special Anti-Robbery Squad, SARS, a unit of the Nigeria Police Force.

Protests against the police unit is fast spreading across the country with many calling for the abolishment due to the brutality allegedly perpetrated by the operatives.

However, the Inspector-General of Police, IGP Adamu Mohammed, said that SARS will be reformed instead of abolishment.

Buhari who held a meeting with the IGP revealed that he has been briefed about the reforms which will end police brutality.

“I met again with the IGP tonight. Our determination to reform the police should never be in doubt. I am being briefed regularly on the reform efforts ongoing to end police brutality and unethical conduct, and ensure that the Police are fully accountable to the people,” he tweeted.