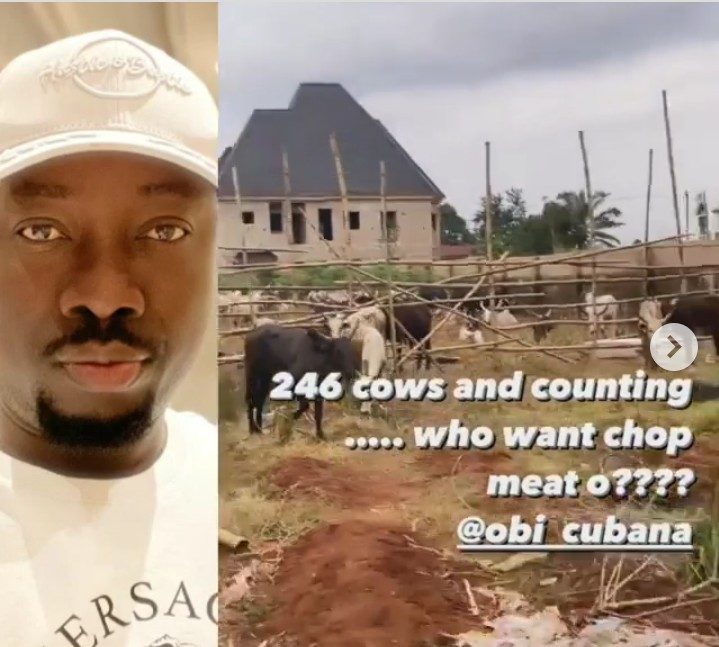 The burial of the mother of nightlife businessman, Obi Iyiegbu aka Obi Cubana has set social media abuzz.

The love shown to the business mogul as he buries his mother has left many Nigerians wowed.

Obi’s friends and loved ones have sent in more livestock and according to Disc Jockey DJ BigN who is present at Obi Cubana’s hometown, the businessman has now got 346 cows, 72 goats, 20 rams in total for his mother’s burial.

In a video that surfaced online, the DJ noted that it’s either Obi Cubana becomes a herdsman or gives out some of the cows as they are too many to eat.

Herbalist who said Iyabo Ojo will die is reportedly dead