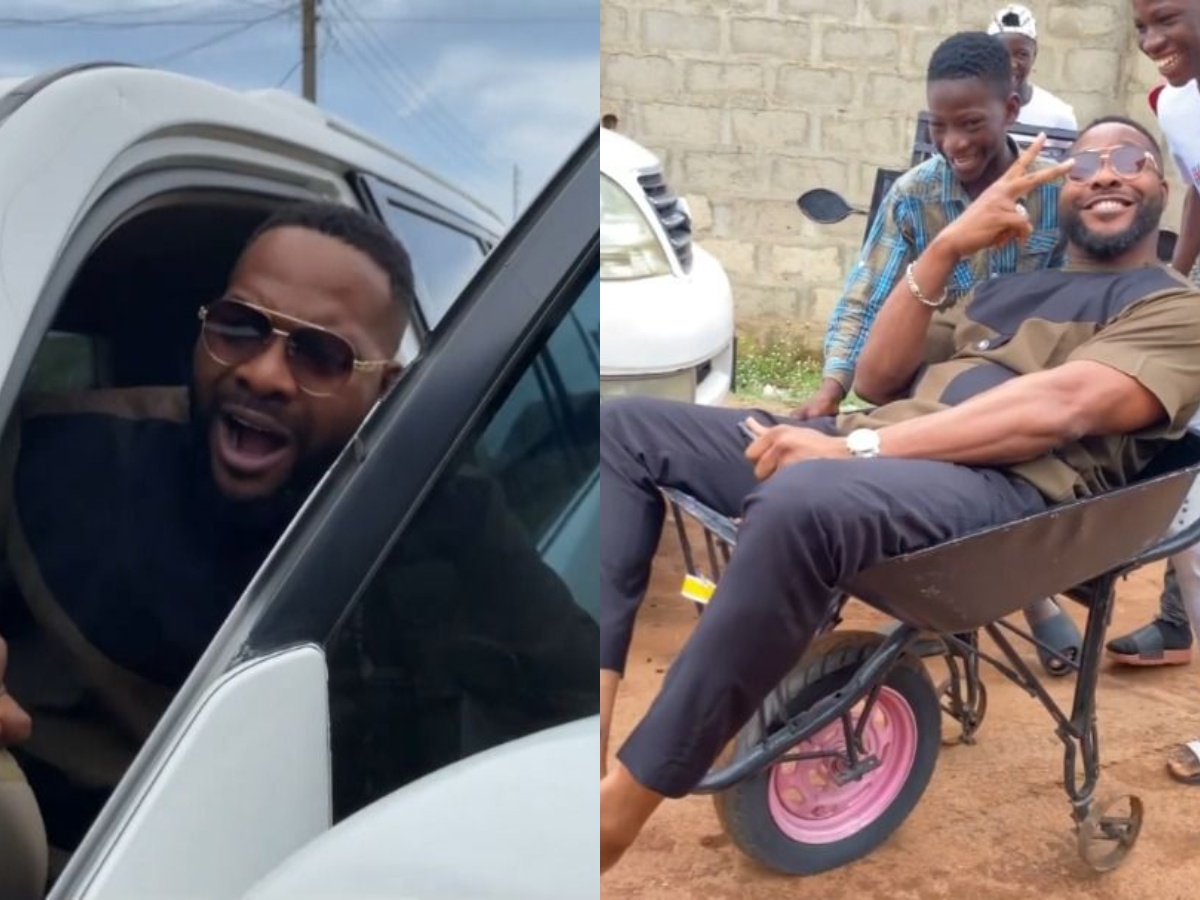 Instagram comedy sensation, Ikorodu Bois, have stunned their followers with another hilarious skit by handing popular Nollywood actor, Bolanle Ninolowo, a ride of a lifetime.

In the viral video that already has close to 100,000 thousand views in the space of three hours, the actor alighted from his Lexus jeep and opted to ride in their wheelbarrow.

The video has left hilarious reactions on social media with one user, @iamnaniboi admitting that the actor was “Cruising on another level.”

Another user, @laughpillscomedy wrote: “Oga Maka, why you nor Enter the G-Wagon? You come go enter 2005 Toyota Matrix.”

While @Danielkdaniel said, “I want a ride too,” @Calistaokoronkwo was tempted to watch the video “over and over again.”

Another fan of Ikorodu Bois @junox2k said that the skit “actually made me smile”, just as @investor_xtreme hailed the Nollywood actor for what he described as “Humility”.

@Ericmgba4 wrote: “Love matters, who pride help??” and @stanleycruz1 added “enjoy ur ride,” referring to Ninolowo’s ride in the wheelbarrow.