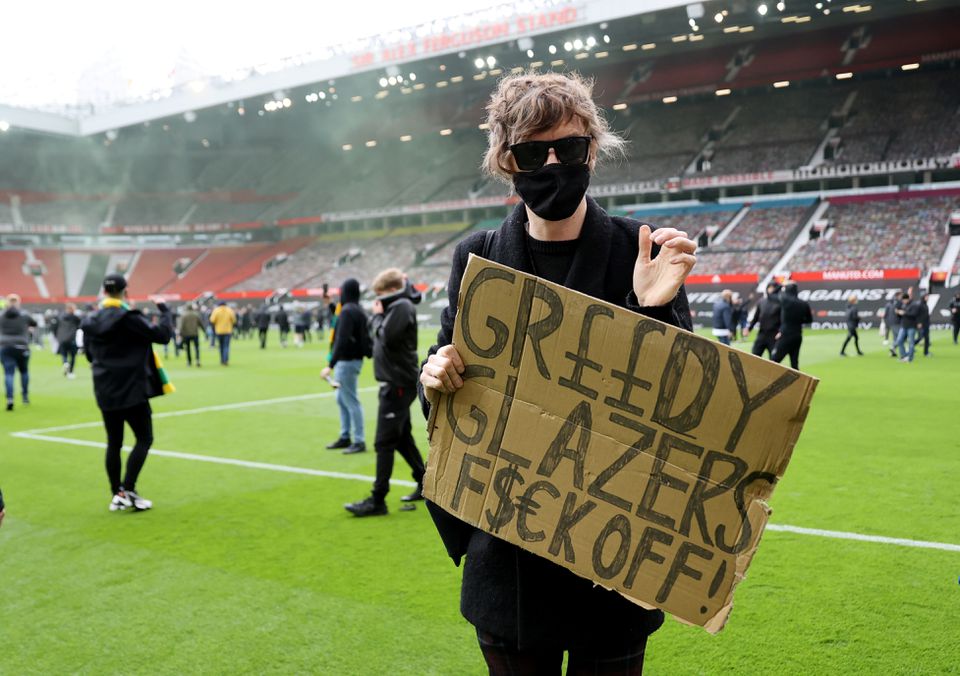 The fans are currently protesting on the pitch as they continue their fight against the Glazer family’s ownership of the club.

Sky Sports reports that fans are also gathered outside the team’s hotel – The Lowry Hotel in Manchester, where the United team are staying before the game – ahead of Sunday’s match at Old Trafford, where 10,000 are expected to congregate.

United fans have called for the exit of the American family’s from the club as fans have opposed their ownership since they completed their controversial takeover in 2005.

However, the exit call was rekindled following the aftermath of the ill-fated European Super League breakaway competition, which the Glazers were deeply involved in.

About 20 supporters invaded the club’s Carrington Training Complex with banners such as “51% MUFC 20”, “We decide when you play” and “Glazer out”, forcing the intervention of United manager, Ole Gunnar Solskjaer, assistant manager Michael Carrick, technical director, Darren Fletcher and United midfielder, Nemanja Matic, who calmed the aggrieved fans.

In the wake of the controversy surrounding the breakaway competition’s failed plans, United’s executive vice-chairman Ed Woodward announced that he would leave his role at the club, coming days after he resigned from his role with UEFA after United left the European Clubs Association.

Meanwhile, United owner Joel Glazer, unveiled as Super League vice-chairman when the bombshell announcement was made, apologised in an open letter, his first communication with United’s fans in almost 16 years.

However, anti-Glazers supporters appeared to have rejected the apology and about 10,000 protesters are expected outside Old Trafford on Sunday.