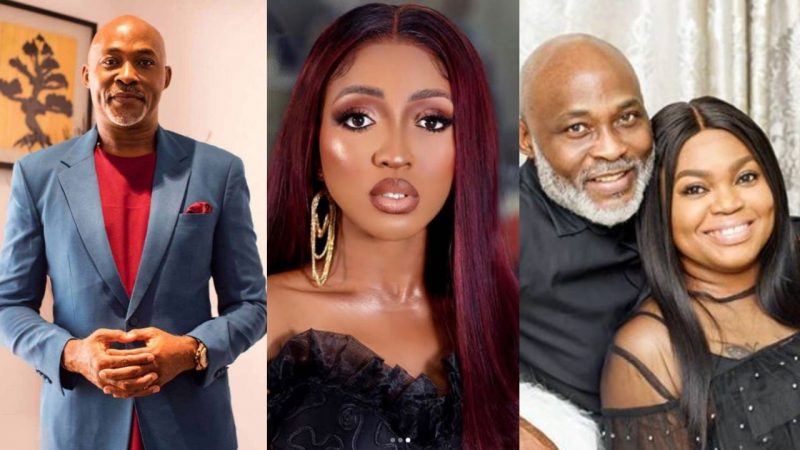 Veteran actor, Richard Mofe-Damijo (RMD) has finally refuted claims that he had been cheating on his wife, Jumobi with a Lagos side chic.

WuzupNigeria had reported in February that RMD had been accused of cheating on his wife with a lady identified as Chioma.

According to a blogger identified on Instagram as @Gistcove, RMD has been dating Chioma Ilomuanya for a while and he is deeply in love with her.

Since the news went viral, the ageless actor had neither agreed nor debunked the claims.

However, in an interview with #WithChude, he has finally cleared the air.

RMD spoke against those who have no regard or respect for people’s marriages, especially those of celebrities.

The veteran actor said, “Then there’s another story of me having another young wife in Lagos and I’m gonna leave my wife soon. You know, so it’s really difficult sometimes for her to navigate through all of this.

“This is the age of social media, there are people who look at you and without any regard for the sanctity of your marriage or your home, all you want to do is just tear me down like oh he’s in love with somebody else, he’s going to leave his wife tomorrow, like how do you even wake up and do that, what have I done to you?

“Have I come to you to abuse you and your marriage? Why do people like to see celebrity marriages crash? And what had helped is that I’ve never really seen myself as a celebrity and so my marriage is not a “celebrity marriage” and so she has kept it”