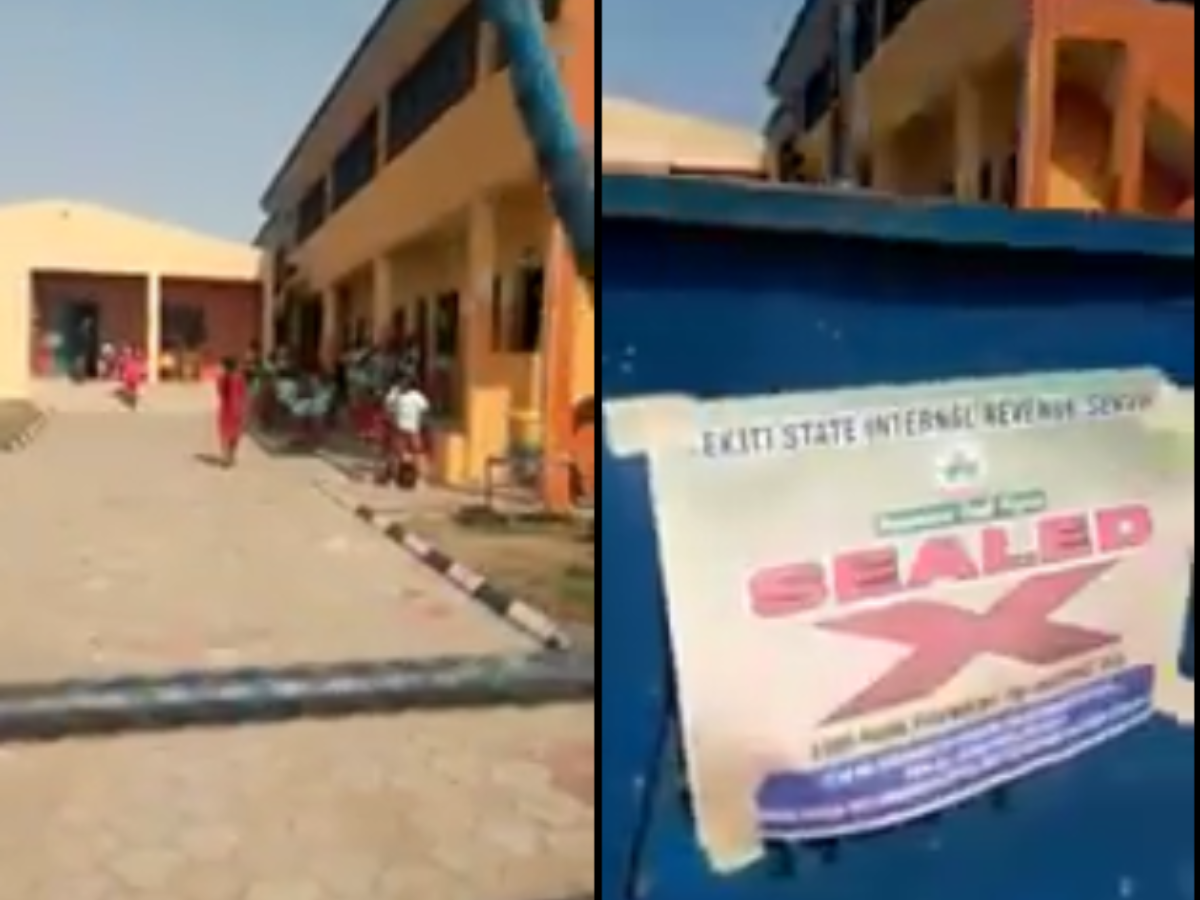 The Ekiti State Internal Revenue Service on Thursday reportedly sealed the gate of a private school, with pupils inside.

A viral video recorded by one of the parents around 4pm showed the gates locked with the IRS seal boldly stamped on the gate while children could seen in the premise in their school uniform.

However, the state’s Commissioner for Information and Values Orientation, Hon. Akin Omole, in a statement, said that the report in the recorded video is untrue.

“Our attention has been brought to a viral video alleging that enforcement officers of the Ekiti State Internal Revenue Service sealed off a private school, with children inside.

The circumstances surrounding this event are being investigated and a comprehensive statement will be issued once concluded. At this material time, the referenced school has been visited and we can confirm that it is untrue that children are being held.

Without prejudice to the outcome of the investigation which we will share very soon, we assure the public that it is totally unacceptable for children to be maltreated in any way in Ekiti State, and we would not condone such. Our administration has been consistent in the fight against discrimination of any kind, and remains committed to ensuring schools are safe spaces for learning and moral instruction, he said.