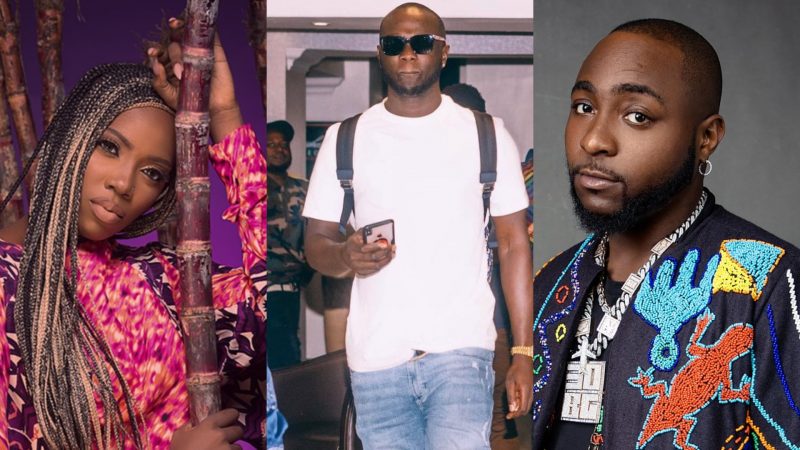 Award-winning artiste, Davido and queen of Afro-pop, Tiwa Savage, recently paid a visit to the grave of Obama DMW in the Epe to pay their last respect.

Their visit was seen in a viral video circulating on social media where the duo was in company with Davido’s crew.

WuzupNigeria reported that Obama DMW died on the 29th of June from suspected heart failure after he complained of severe pains.

According to the reports, Obama DMW was buried in the Epe area of Lagos state.

Reacting to his death Tiwa Savage, Peruzzi, Davido and other close associates penned heartfelt tributes to their Friend.

Well-wishers, friends, family members alongside his 30 BG crew also came together to honour him on Friday, July 9th in a candlelight procession.

Why Nigerian actresses are richer than actors – Linda Osifo