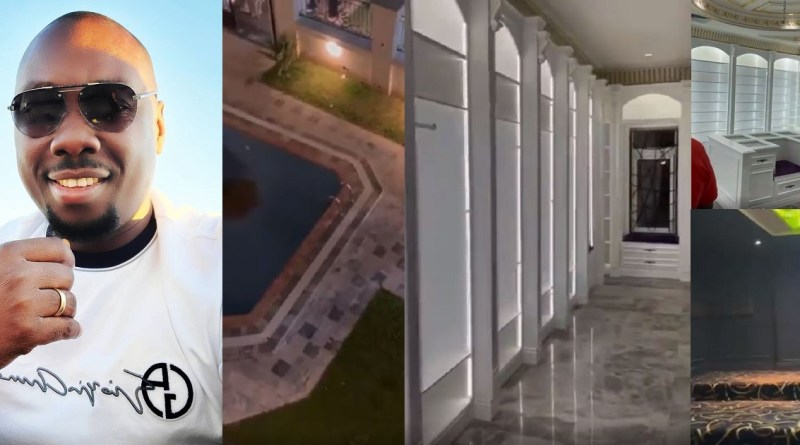 Obi the CEO of Cubana Group recently invited his close friends over for a tour in his mansion.

Oil magnate, Joseph Ezeokafor popularly known as Jowizazaa who was one of the friends who visited the mansion, took to social media to share a video which showed the interiors of the house which is near completion.

The mansion features a private cinema, an underground wine cellar, a private pool and many others.

The Twitter user identified as @AfroVII is of the notion that the Big Brother Naija finalist, Vee is too blunt and dragged her over her recent comment on the platform.

“Omo. That blunt this babe from BBNaija think she’s blunt, na because hand never touch am sha. Lol. Because, WTAF?

On seeing the tweet, lover boy Neo came to his woman’s aid and dared the guy to try it and see if he’ll be able to use those hands again.