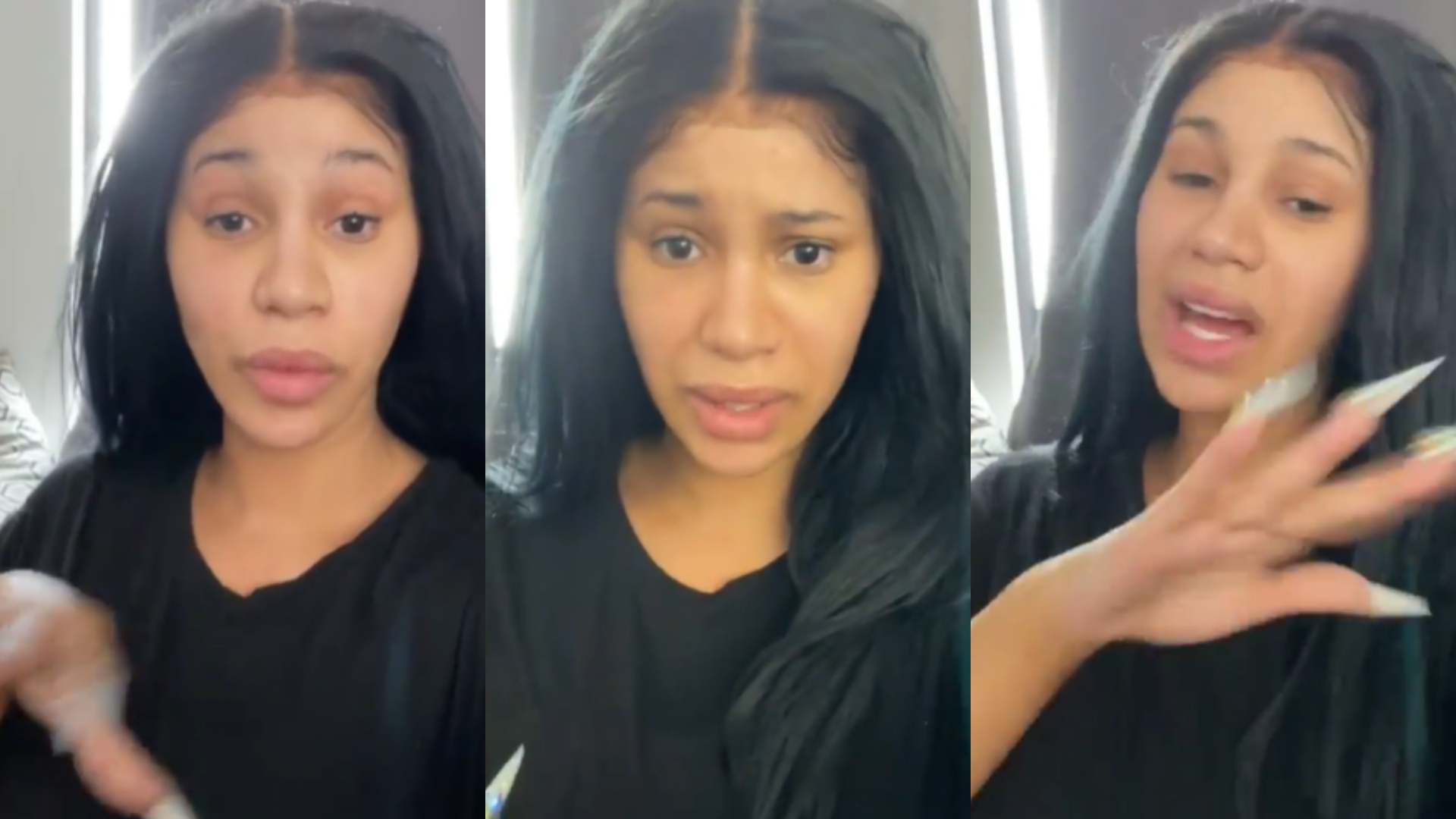 Popular American rapper and songwriter Cardi B has lambasted those who trolled her on social media over her skin.

She said she wasn’t afraid to show her skin wth no filter, lips-chapped or whatnot cause she is beautiful and very confident in her skin.

“This is my face after waking up 20 minutes ago, no filter, hair not brushed, lip chap all that.I never been afraid to show my real self. When YOU ON TOP the miserable and the ugly love to screenshot pictures while you in motion then criticize your face. I’m confident in my own skin. You bitches need to ask ya self if ya confidence in ya self enough that ya gotta try to bring bitches down for a hobby that’s winning and in their 20s”

In other news, sensational singer and songwriter, Ayodeji Ibrahim Balogun, popularly known as Wizkid has schooled social media users on how to live a fulfilled life without seeking validation from anyone.

Wizkid explained that only a stupid man will go an extra mile to prove a point to the world.

According to the 30-year-old singer in a recent interview with ThisDay Style, it is only a stupid man will go around trying to prove a point to the world and even at that, you’ll find that you can’t please everyone, that you cannot live off of people’s opinions.

“I think once you understand yourself and your true essence, nothing will faze you, people’s opinions won’t faze you. I’m just more of a private person, and I handle situations in that manner.”

I don’t joke when it comes to my children, Kim Kardashian warns critics

Once you regard yourself, people’s opinions won’t faze you – Wizkid