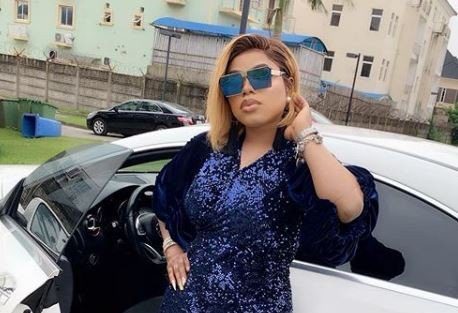 A Brazilian butt lift is a specialized fat transfer procedure that augments the size and shape of the buttocks without implants.

With such process, excess fat is removed from the hips, abdomen, lower back, or thighs with liposuction.

Surgeons are known to strategically inject a portion of such fat into the patients’ buttocks.

Recall that Bobrisky recently announced to his fans that he intends to get a ‘big butt’ as his personal birthday gift.

The 29-year-old, however, stated that though his mind is made up about the procedure, he still gets cold feet sometimes.

The self-styled entrepreneur stated that he was scared to undergo the knife process knowing that it comes with a lot of pain and discomfort which may last for several months.

Speaking further, Bobrisky told his followers via Instagram on Thursday that he, however, has completed all necessary payments and would be going under the knife in four days’ time.

Meanwhile, the transvestite has bragged that his fans and followers would not rest because he would constantly flaunt his surgically enhanced butt on social media.

I’m moved by only what I can afford, Mercy Eke preaches contentment