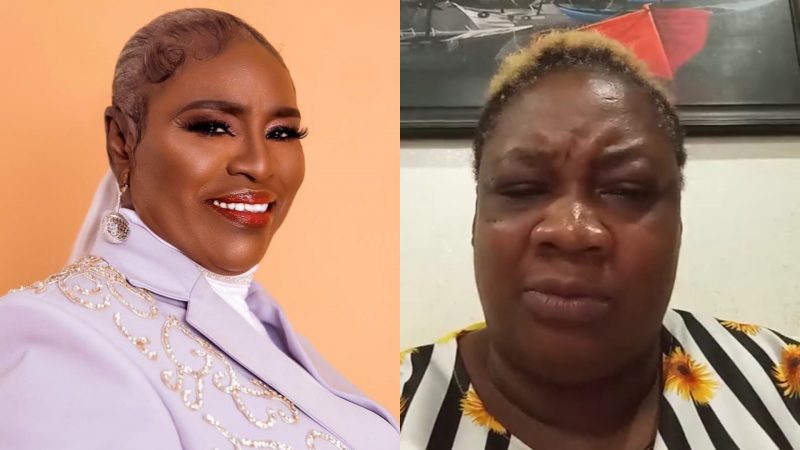 Popular comedienne and actress, Damilola Adekoya fondly called Princess, has berated veteran thespian, Idowu Phillips aka Iya Rainbow, following her scathing remarks in an interview she had with BBC.

Iya Rainbow had in the said interview disclosed that she pleaded profusely with the comedienne for four days to desist from going to court and allow the Baba Ijesha’s defilement case to die down in vain.

“Before the matter was settled, I asked princess for four days not to take the matter to court. I urged her not to let this matter get louder, but she refused. Now, see how the whole thing played out,” referencing the bail granted to Omiyinka Olanrewaju popularly known as Baba Ijesha.

WuzupNigeria reported that Baba Ijesha was apprehended in April after he was caught on CCTV allegedly sexually assaulting the foster daughter of comedian, Princess Damilola.

However, appearing before an Ikeja Special Offences Court on Thursday, June 24th, he has now been granted N2 million bail.

Not one to let such affront go without her contribution, a livid Princess has called out Iya Rainbow in an emotional 15 minutes Instagram video, where she expressed shock at the actress’ actions and statement.

The comedienne noted that she had thought that being a mother, Iya Rainbow will understand but it was obvious that she had been ‘pretending’ all the while.