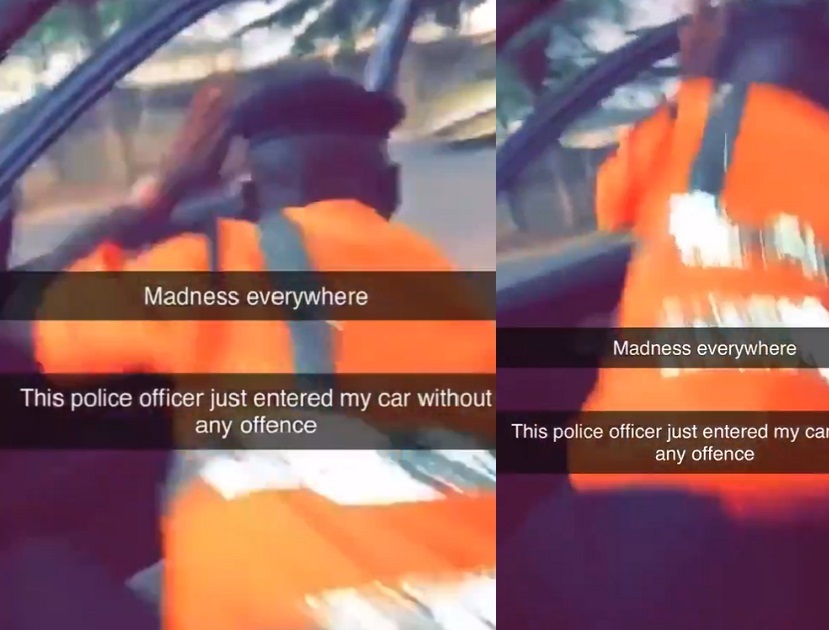 A viral video on social media captured the moment a civilian dealt with a police officer in the scariest way ever.

In the said video, the driver disclosed that he did not commit any crimes but the police officer forcefully entered into his car.

The obviously displeased driver consequently accelerated and sped off with the officer still inside the car.

The officer, who saw his life flashed before his eyes got scared, could be heard screaming ‘Jesus.’

He was also captured pleading profusely with the driver to stop the car for him to alight.

When the driver eventually stopped, the policeman was seen scampering out of the car with immediate effect.