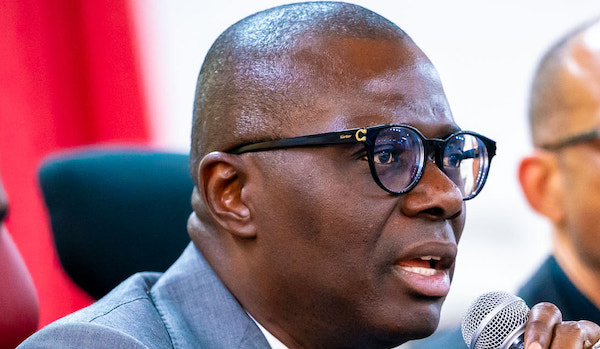 Governor Babjide Sanwo-Olo has raised an alarm that about 24,000 students failed to return to school after the first lockdown in 2020.

The governor disclosed this during a briefing on the second wave of the deadly virus on Tuesday in Lagos as schools in the state resumed on Monday.

While defending the school resumption order, Sano-Olu revealed that school sometimes is the safe haven for the children.

He added that failure to reopen schools exposed the children to dangers pf child abuse and all sorts of unpreachable things.

He, however, warned that the government can make a recall anytime as they are monitoring and reviewing the conditions on a weekly basis.

“There is a challenge if we keep them out for long, their parents or guardian now turn them to other things instead of ensuring that they still have time to come back and have a learning even if its twice or three times a week at least they’ve been registered, they have a class, it’s the beginning of the session and you can monitor them.

“They will just be roaming and they become endangered. You’ve seen incidents of child abuse and all sorts of unpreachable things that are been done to these children. So we believe to a large extent that school sometimes happen to be the safe haven for them and we’ve done a roaster in which we’ll ensure that they keep social distancing and we’ll be monitoring.

“We are monitoring. We are not saying that our position is sacrosanct and (it) can be reviewed down the line. If we monitor and realise that people are not taking responsibility, we make a recall and that is why decisions will be reviewed from time to time.”

[SHOCKING STATS ON SCHOOLS]: Governor @jidesanwoolu says from the First Wave till now when schools were closed at first .. 24,000 children have not come back to to school in Lagos State.. says decision is also not cast in stone and reviews continue.@hc_education @osaelagos pic.twitter.com/Wgi1n2ukTt

Second Wave: Reopening schools was the best decision for our children- Sanwo-Olu