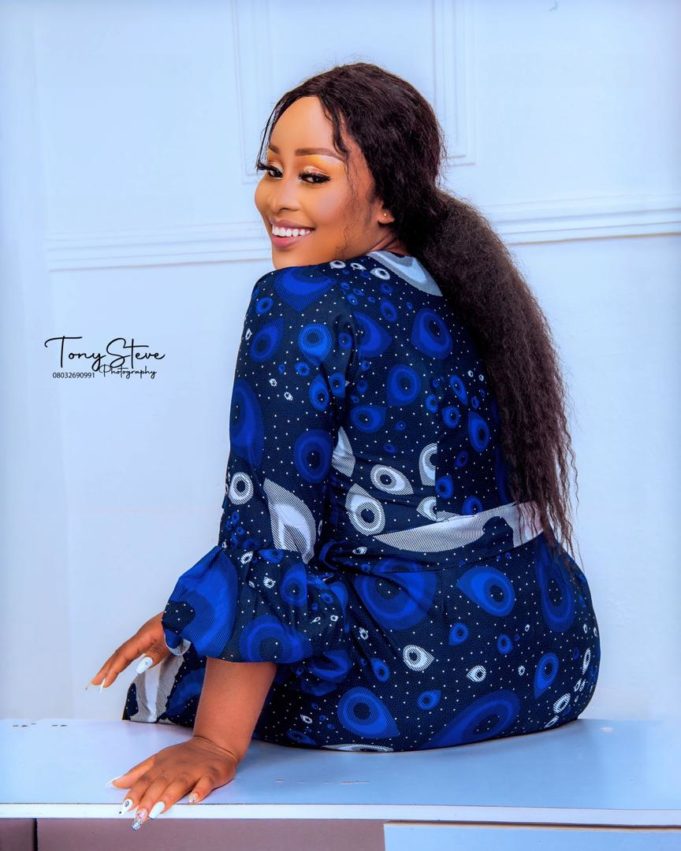 A man has been told by his woman to use the money he wanted to use to celebrate Valentine’s day for her marriage introduction.
The lady identified with the handle @Az_Ebukaaa on Twitter, took to the micro-blogging platform to disclose this on Valentine’s day, February 14.
According to her, if her man is serious about their relationship, he should channel the money towards their marriage plans, which in Igboland begins with an “Introduction”.
In her words;

“Instead of collecting 50k from him for Valentine shopping, I told him to use the money for my introduction”. 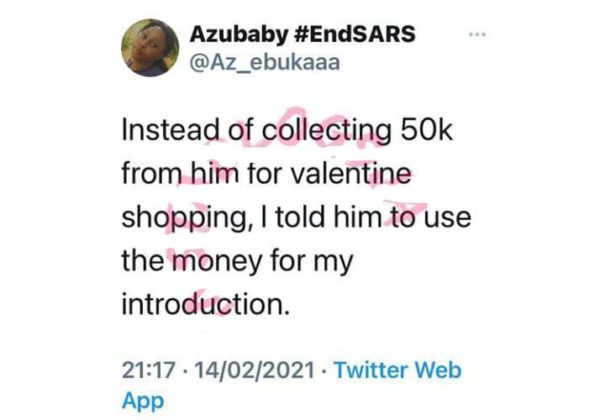