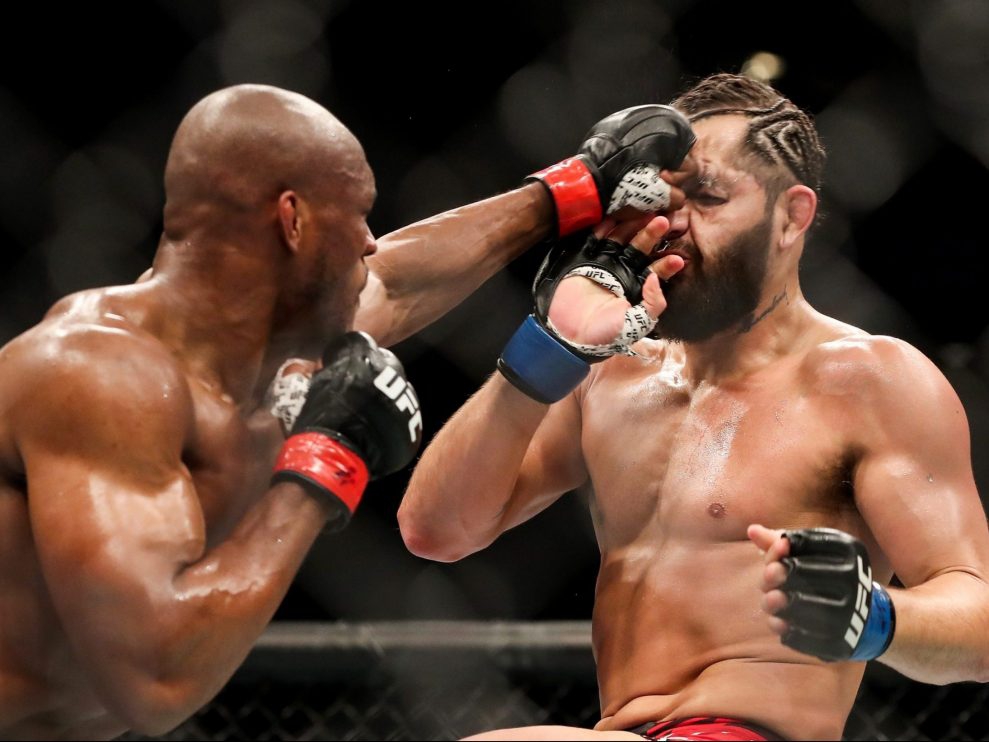 The Nigerian nightmare downed Masvidal inform of his home crowd of 15,000 fans inside a full-capacity Veterans Memorial Arena in Jacksonville, Florida; the American mixed martial artist’s first defeat by knockout.

Reacting to win via a statement on his verified Twitter handle on Sunday, the French-Cameroonian (Ngannou) hailed his African brother’s dominance of his opponent.

Ngannou added that the victory over Masvidal proves that Usmam is the heavyweight champion for a reason.

He tweeted, “What an incredible night for my brother @usman84kg! What an improvement in his striking game! He’s known as a wrestler but he’s been putting guys in a striking clinic in such a clean & dominant way. So if you can’t wrestle him and you can’t strike him then what else can you do? Nothing. He came out tonight and made a huge statement and proved that he’s the undisputed Champ for a reason.”