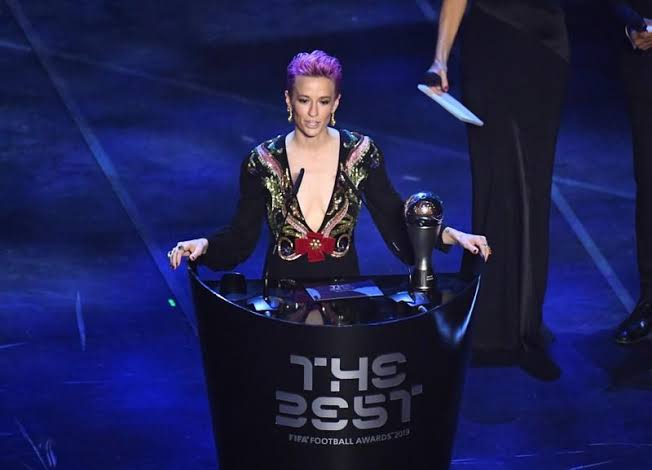 United States midfielder Megan Rapinoe won the women’s Ballon d’Or award on Monday after helping her country to retain the World Cup in France this year.

The 34-year-old was the driving force behind the U.S. team that claimed a record-extending fourth world title in July and netted a penalty in the final against the Netherlands.

Rapinoe, who is also the captain of Reign FC in the U.S. National Women’s Soccer League, succeeds Norway’s Ada Hegerberg, who did not feature at the World Cup.

The award is based on a vote by international journalists.

Lucy Bronze came second with Alex Morgan of the USA third in the women’s award.

“I’m so sad I can’t make it there tonight, I was really looking forward to it. It’s a bummer,” said Rapinoe. “I want to say congratulations to all the other nominees – I can’t believe I’m the one winning it.

It’s been such an incredible year. I want to say a huge thanks to my team-mates, my coaches and the federation.

You help me on the pitch as well as off, and thanks for the support to my amazing family and friends.

There’s not enough thank you or love in the world for everything that you do for me.”