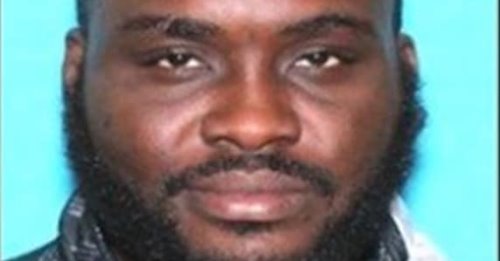 The United States has indicted five Nigerians and three Americans over their role in a fraudulent “sweepstakes” or lotto scam in which victims lost a total sum of $300m.

According to reports, a 50-year-old Nigeria, Akintomide Ayoola Bolu, who resides in Canada, also known by various aliases including Harry Cole, John King, Big Bro and Egbon, was extradited from Canada to the US over the crime on Thursday.

He would now face federal charges for his alleged role in the fraudulent scam.

Each count, upon conviction, calls for up to 20 years in federal prison.

Cole, who remains in federal custody, is one of eight defendants charged in connection with the scheme.

According to the indictment, the defendants carried out their sweepstakes scheme from 2012 to 2016.

Cole allegedly purchased lists from Lundy of elderly potential victims and their addresses.

He and other conspirators based in the Toronto, Ontario Canada metropolitan area sent packages containing fraudulent sweepstakes information to conspirators residing in the U.S.

The packages contained thousands of mailers, which U.S.-based conspirators sent to victims notifying them that they had won a sweepstakes.

Each mailer included a fraudulent check issued in the name of the victim, usually in the amount of $8,000, and a pre-addressed envelope.

Victims were instructed to deposit the check into their bank account, immediately withdraw between $5,000 and $7,000 in cash or money orders and send the money to a “sweepstakes representative” to facilitate the victim collecting his or her prize.

By the time the victim was notified by the bank that the deposited check was fraudulent, the cash or money order had been sent by the victim and received by the defendants or conspirators.

Ajayi used bank accounts involved in the sweepstakes scheme to receive refunds and funnel the money to conspirators in the U.S.

An IRS analysis determined that this scheme resulted in the actual loss of approximately $3.4million paid from the U.S. Treasury.

In order to acquire the money generated by the Sweepstakes and SIRF schemes, the conspirators operated a money laundering conspiracy in the U.S.

It was discovered that that conspiracy employed knowing and unknowing participants to conduct financial transactions with the goals of moving the proceeds from both fraudulent schemes outside of the U.S. without detection by law enforcement.

The defendants, including Akinbobola, Ajayi and Oyewole, are considered fugitives.

On March 9, 2020, Akinmadeyemi was sentenced to 10 years in federal prison.

On May 27, 2020, Barefield was sentenced to eight years in federal prison.

Defendants Calvin and Lundy, who pleaded guilty to the money laundering conspiracy charge, are scheduled for sentencing in Austin on March 9, 2021, before U.S. District Judge Lee Yeakel.

“If you defraud Americans, it doesn’t matter where you are in the world. The United States government will work tirelessly to find you, extradite you, and hold you accountable for your crimes,” stated U.S. Attorney Bash.

“Despite the fact that Cole was living in Canada, special agents were able to track him because of our strong relationships with our international law enforcement agencies and bring him to justice.