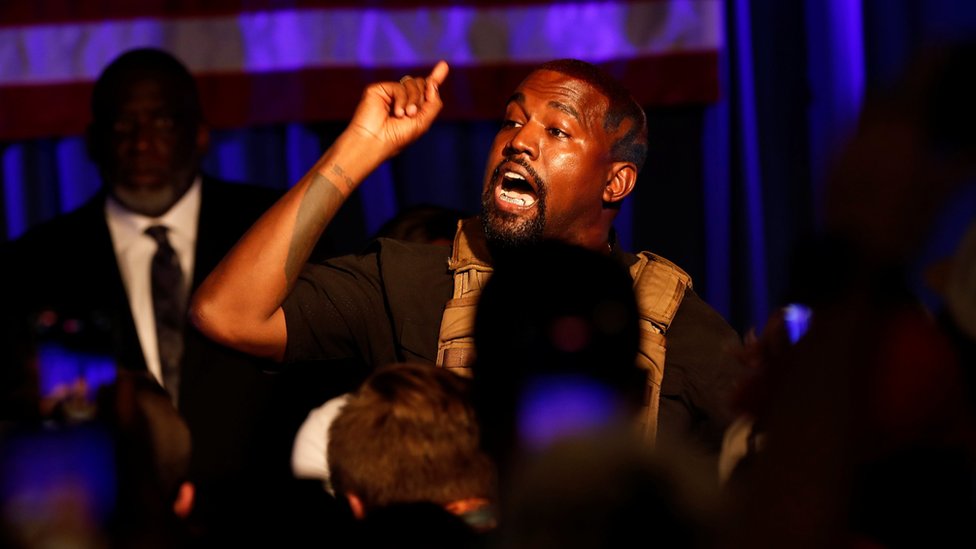 Rapper, Kanye West has given up on his 2020 presidential ambitions, shifting attention to 2024 by vowing to contest for president again.

The 43-year-old producer and fashion designer threw in the towel after scooping at least 60,000 votes in the 12 states he appeared on the ballot.

Announcing his intentions to run for 2024 presidential elections, Kanye who ran as an independent candidate uploaded a photo of himself next to an electoral map with the caption:  “welp Kanye 2024”.

West announced his intentions to compete in the 2020 election lat in July. He said, “We must now realize the promise of America by trusting God, unifying our vision and building our future … I am running for president of the United States! #2020VISION.”

However, after voting for himself on Tuesday, he tweeted: “God is so good. Today I am voting for the first time in my life for the President of the United States, and it’s for someone I truly trust … me.”

West got a total of 60,569 votes from just 12 out of the 50 states in the country, excluding battlegrounds like Florida, Pennsylvania and Michigan.

MORE READING!  They cut me off after 'Molowo Noni' video, Samklef says ahead of 10 years anniversary

He found the most success in Tennessee, winning 10,216 votes, about 0.3% of the state’s total, according to the AP tally.

Related Topics:2020 US election20204 US electionKanye westKanye West 2024Kanye West's votes in 2020 US ElectionUS Election
Up Next

Iyabo Ojo cries out after receiving threat for speaking against PDP, APC