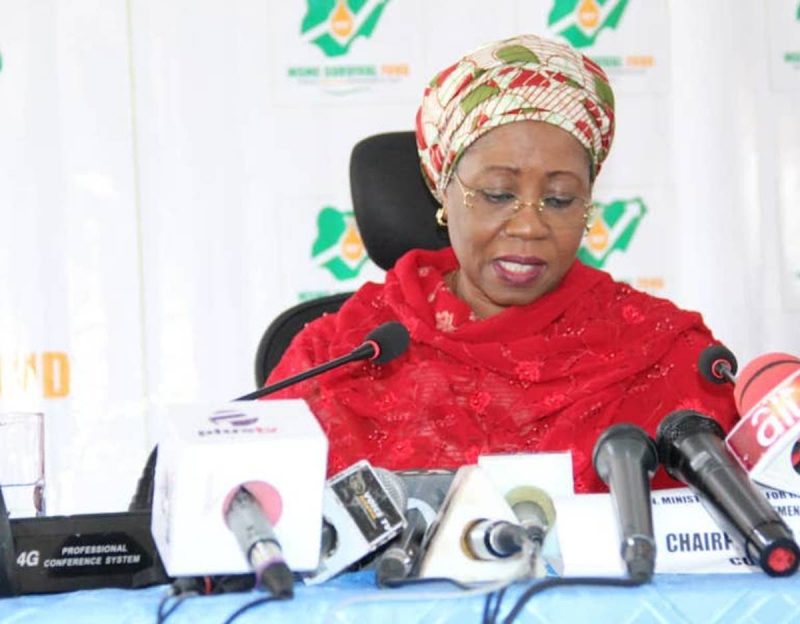 The Minister of State for Industry, Trade and Investment, Maryam Katagum, who was admitted into a Bauchi hospital after slumping at an official function on Monday, has been discharged and moved to Abuja.

WuzupNigeria had reported how Katagum collapsed at an empowerment programme inauguration as she frantically tried to deliver her speech.

The minister was immediately rushed to the trauma centre of the Abubakar Tafawa Balewa University Teaching Hospital.

The minister, who hails from Katagum Local Government Area of Bauchi State, had been in the state since Saturday and had many personal and official engagements before Monday when she slumped.

The PUNCH, however, reported that a security man at the gate revealed that the minister was moved from the trauma centre to the amenity ward of the hospital where she spent the night.

At the amenity ward, a nurse said that the minister had been discharged.

The nurse, who refused to give her name, said, “The minister was brought here yesterday for medical care. She spent the night here and has been discharged.

“She suffered from exhaustion and was discharged about 9.00 am because she was stable. She has been taken back to Abuja.”