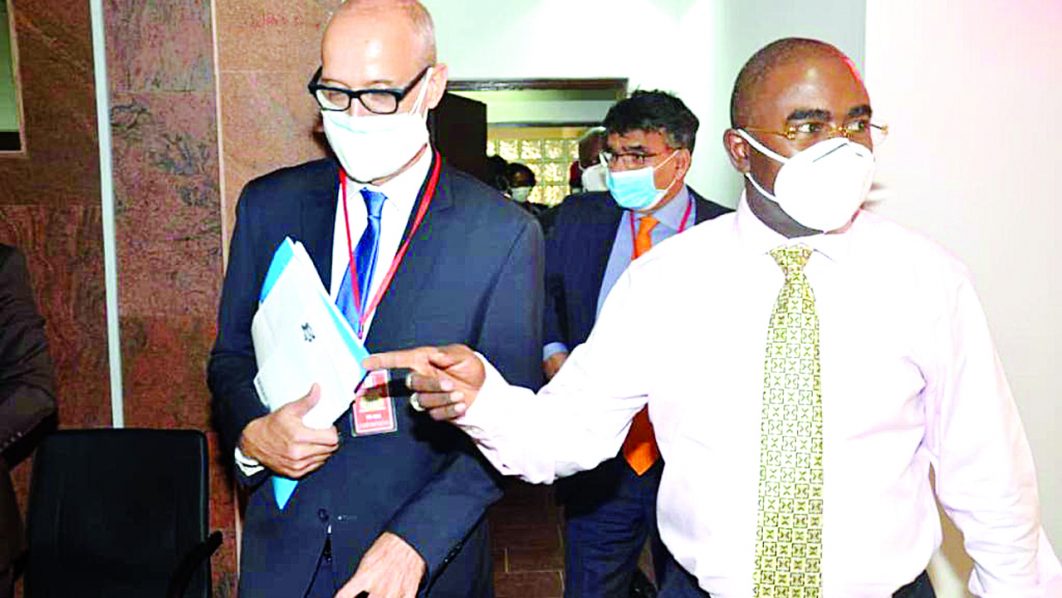 The United Nation Office on Drugs and Crime (UNODC) has promised to deepen relations with the National Drug Law Enforcement Agency (NDLEA) under its new Chairman, Brig.-Gen. Buba Marwa (Rtd).

The promise was made on Monday in Abuja when the UNODC Country Representative to Nigeria, Oliver Stolpe, paid a courtesy visit to NDLEA headquarters to congratulate Marwa on his recent appointment as chairman.

Stolpe, in a statement by the Head of Public Affairs, NDLEA, was quoted as saying that “We have every confidence in your ability to deliver.

“As a technical assistance provider, which liaises with donor countries and agencies, we look forward to working with you in a more different way that will bring results.

“We appreciate the fact that the agency is operating under a very difficult situation, but the future of international collaboration is bright.

“There is a whole lot of resources that will be invested in international cooperation and Nigeria is one of the beneficiaries,” he said.

Stolpe noted that the National Drug Control Master Plan and other drug control documents such as Standard Operational Procedures (SOPs) being developed were some of the initiatives supported by the UNODC.

This, he said, were aimed at deepening the drug control efforts in Nigeria.

Marwa, while receiving the UNODC top official, expressed appreciation for the longstanding support given by the global body to NDLEA, saying more support would be needed.

According to him, the agency has enjoyed UNODC support in various areas such as capacity building and manpower development, provision of communication equipment and the development of the National Drug Control Master Plan.

“The National Drug Use Survey in Nigeria which was launched by UNODC and other entities funded by the European Union is a foremost baseline for most conversations, ” he said.