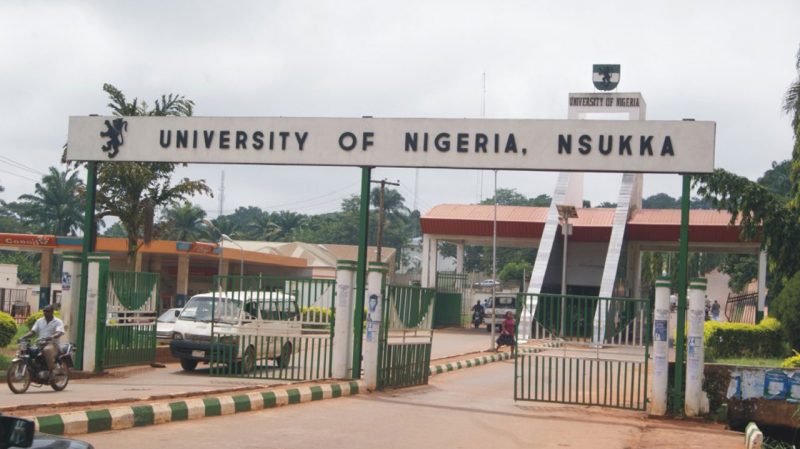 Some non-academic staff of the University of Nigeria Nsukka (UNN) on Tuesday embarked on a peaceful protest over an alleged Federal Government failure to meet their demands.

The workers under the aegis of Joint Action Committee (JAC) comprising Non-Academic Staff Union (NASU) and Senior Staff Union of Universities (SSANU) of the University of Nigeria, Nsuka (UNN) walked around some major roads in UNN campus singing solidarity songs with placards.

Some placards carried by the protesters read “FG pay us the arrears of the new minimum wage”, FG correct inconsistencies in the IPPIS”, Enforce FG/NASU/SSANU 2009 agreement and Constitute visitation panels of public universities”.

Addressing newsmen shortly after the protest, Comrade Paul Eruah, Chairman of UNN-JAC said they embarked on a three-day protest to urge government to address some of its demands contained in the 2009 agreement with the union.

According to him, the 3-day protest was in compliance with directive from the JAC national leadership to members nationwide.

“This three-day protest will last from Jan. 12 to Jan. 14, and if government does not meet our demands, we will embark on an indefinite strike when public universities resume,” he said.

The UNN-JAC chairman listed some of the demands to include inconsistencies in the Integrated Personnel Payment Information System (IPPIS), nonpayment of earned allowances and arrears of new minimum wage.

Others are delay in renegotiation of FG/NASU/SSANU 2009 agreement, Nonpayment of benefits to retirees and delay in constituting of visitation panels to public universities.

It would be recalled that the national JAC had last week directed its members nationwide to embark on a 3-day protest starting from Jan. 12 to Jan. 14, 2021, to press home their demands.

Comrade Clifford Amoke, NASU Chairman in UNN, was among those that participated in the protest.

Multi-millionaire, Donald Tober, jumps to his death from his $10m apartment