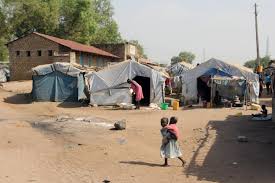 Mohamed Ayoya, UNICEF Representative in South Sudan said this in a statement issued in Juba.

Ayoya said that the radio stations would produce dramas in English and Arabic, including local languages and broadcast messages to raise community awareness on the negative effects of child marriages on girls and societies.

“Every girl married before reaching adult age is one too much.

He, however, said the practice of child marriage is still deeply embedded in the habits of the communities in South Sudan.

“The radio dramas will help stimulate debate within the communities and can hopefully contribute to ending the practice of child marriage in the country,” said Ayoya.

UNICEF estimates that more than half of all South Sudanese girls were married or in a culturally recognized union before they were 18 years old.

It says one out of three girls had been made pregnant before they were 15 years old.

Ayoya noted that early pregnancies put at risk the health of both the girl and the baby, jeopardizes the girl’s education, and increases her vulnerability to abuses and exploitation.

According to Ayoya, preliminary results of a survey conducted by UNICEF on knowledge, attitudes, and practices around child marriage in South Sudan indicate that 40 percent of the respondents agree that even if a girl does not want to marry, she should honor the decisions of her family.

The agency said the dramas would focus attention on the violence, abuse, and psychosocial distress girls are exposed to.

MORE READING!  Dr. Onyema Ogbuagbu: Nigerians should not only be ‘Nigerians’ when they attain global success BY Kola Muhammed

Also, the drama will stir a dialogue on gender inequalities and patriarchal values in South Sudan which perpetuates child marriages and limit girls’ opportunities for reaching their full potential.

Ayoya said the results significantly contribute to gender inequality, noting that UNICEF will make the findings public later this year.

“I call on community influencers at the national and state level to join the efforts led by the authorities of South Sudan and to speak up and act against child marriage.

“The effort will promote positive behavioral change for the wellbeing of the children of South Sudan and for the future of the entire country,” said Ayoya.

Related Topics:UNICEF renews commitment to combat child marriage in South Sudan
Up Next