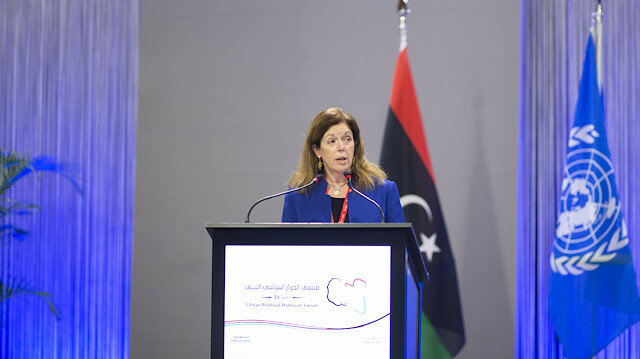 The United Nations (UN) Security Council has welcomed Libya’s new transitional government and called for the interim authority to push ahead with preparing for elections.

The UN welcomed the new transitional government in a statement on Tuesday.

The new authority will replace the UN-backed Government of National Accord (GNA), led by Fayez Serraj, which has been in charge of the capital, Tripoli, and western areas, and the eastern administration linked with military strongman Khalifa Haftar.

The council called the agreement an important milestone for the political process in the country.

The council also called on all parties to the conflict to stick to the UN-imposed weapons embargo and the agreed ceasefire, and for all foreign forces and mercenaries to withdraw from Libya.

The interim authorities in Libya should swiftly form an inclusive government and push ahead with preparing for the presidential and parliamentary elections expected on Dec. 24, the council added.

Libya has been in turmoil since long-time ruler Moamer Gaddafi was toppled in 2011.

The country has become a proxy battleground for rival forces, and foreign powers – including Russia and Turkey.

Delegates from Libya’s rival factions on Friday elected Abdul-Hamid Mohammed Dbeibeh as an interim prime minister and Mohammed Menfi as head of a three-member Presidency Council in an UN-hosted process in Geneva.

9,800 refugees to be repatriated from Cameroon – Official