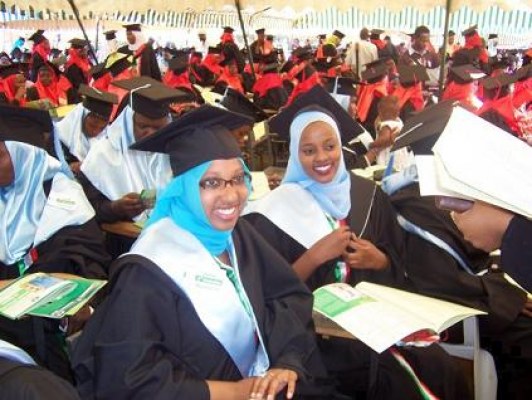 Coding is the process of creating instructions for computers using programming languages.

Computer code is used to programme the websites, apps, and other technologies people use to interact with every day.

UNECA says about 3,000 young females aged between 12 and 25 years will attend the camping in person in Cameroon’s Yaounde with a decentralised connection to the country’s “Silicon Mountain’’ in Buea, and also via a virtual platform.

The initiative dubbed “the Connected African Girls Coding Camp’’ is organised by the UNECA in partnership with the government of Cameroon, UNWOMEN, the International Telecommunications Union (ITU) and UNESCO.

Only 22.5 per cent of women in Africa have access to the internet as opposed to 33.8 per cent of men, according to ECA.

The training is scheduled to take place from June 28, to July 9, and is aimed at getting young female Africans to develop coding and other cogitative skills for solving the continent’s contemporary problems, closing gender gaps, and fighting poverty.

The camp is meant to promote African women’s access to ICTs, provide young females with the right foundation to find long-term success in employment, entrepreneurship or further education and build meaningful partnerships.

It includes technical domains such as animation, coding for fashion through the Turtle Stich embroidery, gaming and web development, robotics/internet of things (IoT) and 3D printing.

The girls will also be guided to undertake a field trip to different innovation hubs in their respective countries and get mentored by various African role models and leaders in the STEAM field.

The camp will culminate in an “Innovation Fair and Project Exhibition’’ activity in which various groups will showcase concrete projects developed and compete for prizes.