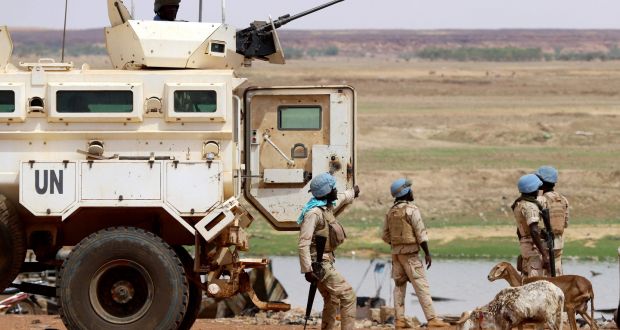 A United Nations peacekeeper has died in northern Mali after his vehicle struck a mine, the UN Mission in Mali (MINUSMA) said on Saturday in a statement.

The peacekeeping mission’s tanker truck, which was part of a logistics convoy, drove over the mine near the town of Tessalit in the Kidal region, on Friday,  the MINUSMA Head, Mahamat Saleh Annadif, said.

The second of the two peacekeepers in the vehicle was seriously injured, according to  Annadif.

While securing the site of the incident, peacekeepers detected a second explosive device and neutralized it, he added.

French and African military operations, alongside the Malian Army’s efforts, scattered militants and restored government control over the area.

Rebel activities and military operations have, however, continued in some areas in spite of the signing of various peace agreements.

MINUSMA is supporting the Malian Army and France’s Operation Barkhane in securing the volatile region.

MORE READING!  Ishaku signs Executive Order on compulsory use of facemask in Taraba
Related Topics:MaliUN
Up Next