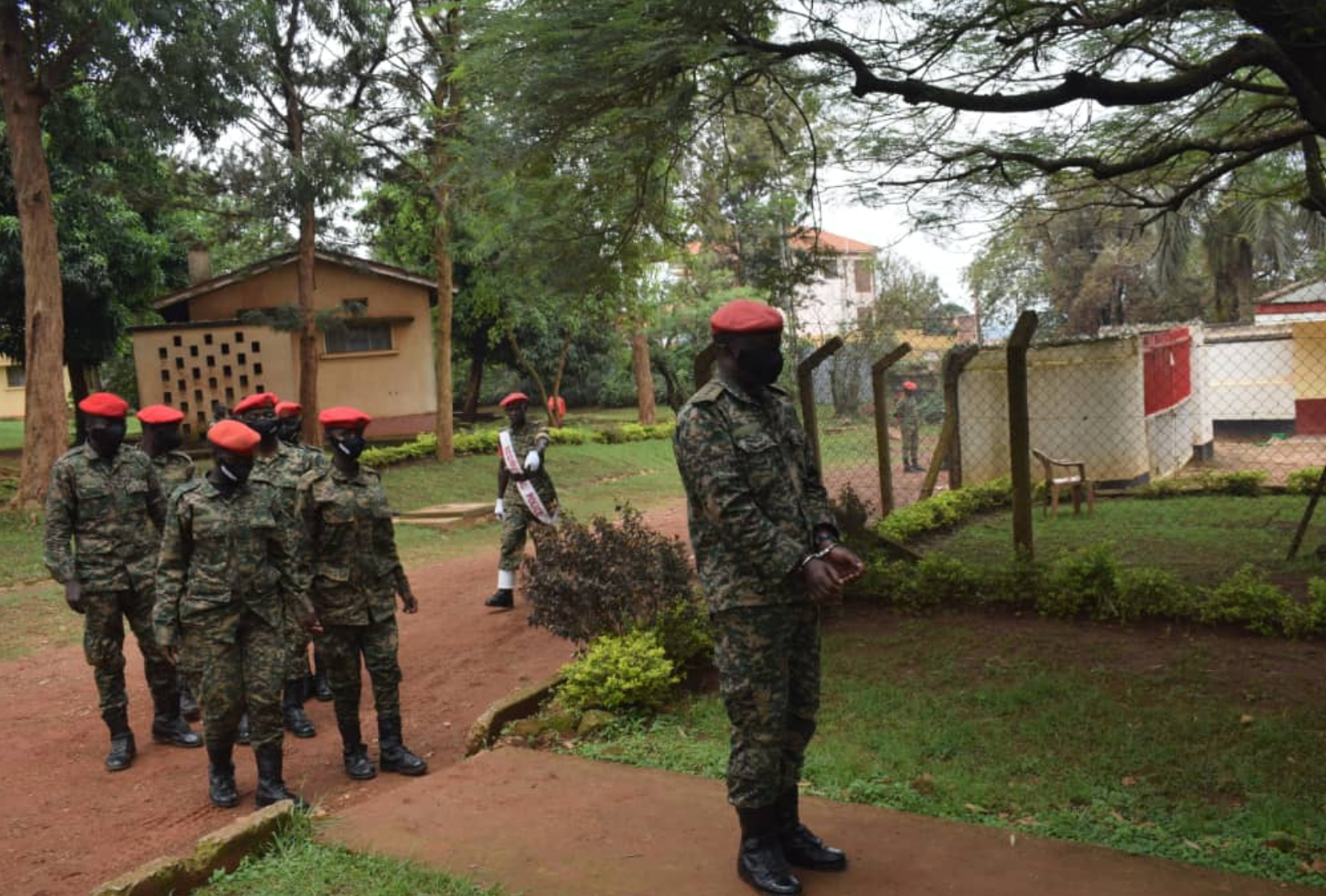 Seven members of the Uganda People’s Defence Force (UPDF) Military Police have been charged by an internal court for their involvement in Wednesday’s assault on journalists in Kololo. The soldiers on Thursday appeared before the military police unit disciplinary committee (UDC) which is the lower court of the Court Martial

The suspects who appeared before the court are Capt Jessy Odwenyi; Cpl Nimusiima Justine; Pte Wasswa Peter; Pte Tsame Imran; Pte Kisakye Victoria; Pte Opiyo Isaac; and cpl Zirimenya Kassim. They were yesterday seen assaulting journalists who had gathered to cover an event by National Unity Platform (NUP) presidential candidate in the January 14 election, Bobi Wine, near the offices of the UN Human Rights in Kololo.

Bobi Wine was delivering a petition over human rights abuses.

Meanwhile, Uganda’s army chief, Gen David Muhoozi, says the beating of journalists by military police was neither sanctioned nor justified, and the army would pay their medical bills.

Six journalists were injured after being beaten with sticks.

In a media briefing at the army headquarters, Gen Muhoozi said the public would be informed of the action taken against the soldiers.

The UN condemned the attack and called for action to be taken against those responsible.

PHOTOS: Native doctor shows off mansion his ‘queen mother’ gave him as gift