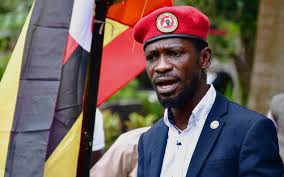 His party’s lawyer said Wine was seeking cancellation of the results of January presidential election that handed victory to incumbent Yoweri Museveni.

The former guerrilla leader, who has led the East African country since 1986, was declared winner of the Jan. 14 election, with 59 per cent of the votes, while Wine was given 35 per cent.

Wine, 38, a pop star and lawmaker, rejected the results and said he believed his victory was stolen.

Musisi said Wine was asking the court to overturn the results on multiple grounds including widespread use of violence.

“There was outright ballot-stuffing, there was intimidation of NUP agents and supporters, some were arrested on the eve of the election, there was pre-ticking of ballots,” he said.

Wine, whose real name is Robert Kyagulanyi, exploited his youthful energy and a widespread Ugandan love of music to build up a large followership among young people and present a formidable challenge to Museveni.

MORE READING!  My 'mother' helped end my marriage, married my husband - Lady
Related Topics:FeaturedleaderoppositionUganda
Up Next