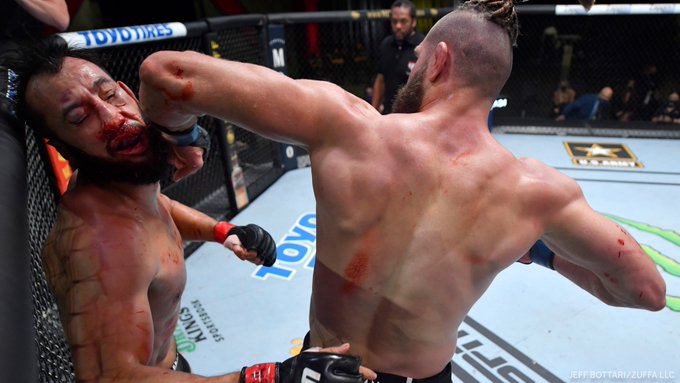 Jiri Prochazka handed Dominick Reyes a brutal elbow knockout on Saturday in the Ultimate Fighting Championship fight at the UFC Apex in Las Vegas.
The main event light heavyweight bout ended with Prochazka landing a deadly strike, leaving the former title challenger cold with a spinning back elbow at 4:29 of the second round.

Prochazka has now knocked out two one-time light heavyweight title challengers, including Volkan Oezdemir in the second round in his UFC debut on Fight Island in September.

The win could take him to the top three of the divisional rankings that would be released next week.

MMA Junkie reports that Prochazka is now positioned to potentially challenge the winner of the September title fight between Jan Blachowicz and Glover Teixeira.

Obsession with swimming costs me my marriage, Edo 2020 MVP who won 15 medals