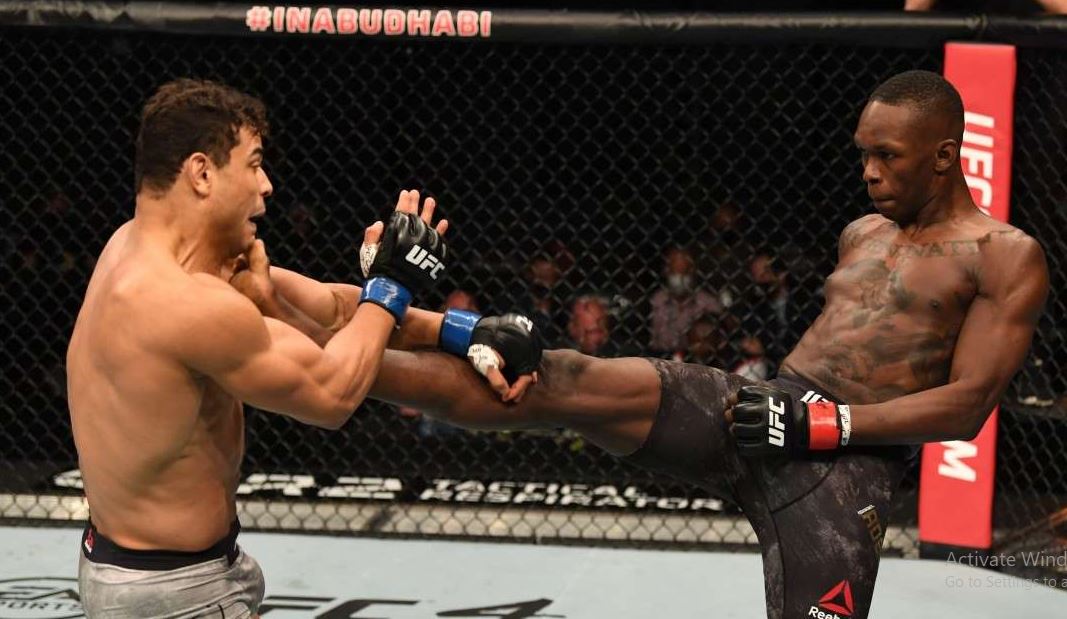 The UFC 253 main event was expected to be an evenly matched battle of undefeated fighters. Instead, the UFC middleweight title bout turned into a rout.

Israel Adesanya (20-0) of New Zealand quite simply destroyed Brazil’s Paulo Costa (12-1) inside of two rounds on Saturday night. Adesanya earned a TKO at the 3:59 mark of the second round of their fight in Yas Island, Abu Dhabi.

Adesanya used a pinpoint kicking game to slow the brash Costa, who threw a white belt at Adesanya during their face-off at Friday’s weigh-ins. Over and over he landed precise kicks to Costa’s lead leg, which slowed Costa, who is known to load up for heavy power shots.

Costa did his best to mask his pain, but by the second round, it was obvious the end was a matter of time. Adesanya wobbled Costa with a huge head kick, which opened a cut on Costa’s forehead. A perfect left hand to the temple dropped Costa, and Adesanya followed with shots on the ground until the bout was waved off.

The evening’s co-feature bout crowned a new light heavyweight champion and one who would have been considered improbable just a few years ago.

Warsaw’s Jan Blachowicz (27-8) downed Victorville, Calif.’s Dominick Reyes (12-2) in the second round, earning a TKO at the 4:36 mark. The 37-year old, who lost four of his first six UFC fights, capped a run of four straight victories and eight of nine to claim the belt.

Blachowicz used efficient combos followed by ruthless left kicks to the ribs to take the first round. By the second, Reyes’s ribs were horrifically swollen. Blachowicz poured it on, and a straight right which appeared to break Reyes’ nose was followed by an overhand left which finished things.

The bout filled a title left vacant in August when longtime titleholder Jon Jones relinquished the championship in order to focus on a move up to heavyweight.