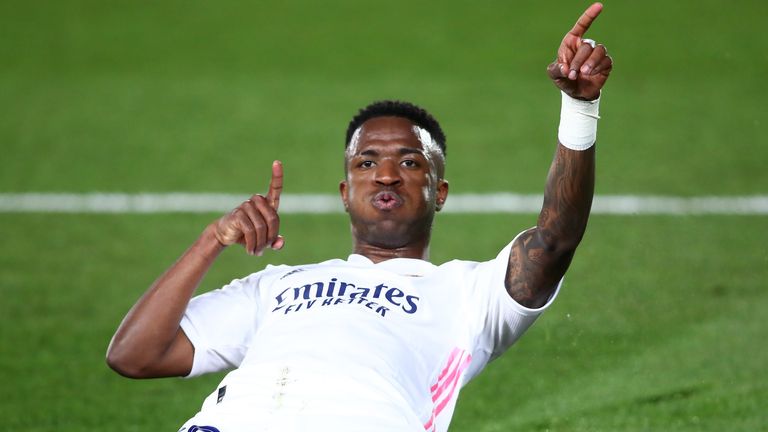 It was another cruel night Liverpool will want to leave behind them at Anfield after Vinicius Junior’s double helped Real Madrid beat the Premier League champions 3-1 in the first leg of their Champions League quarter-final.

Liverpool’s night got even worse when Trent Alexander-Arnold’s poor header gifted Real Madrid a second, Marcos Asensio lifting the ball over Alisson Becker and into the back of the net 11 minutes before the interval.

Klopp reacted just before half-time, hauling off Naby Keita and bringing on Thiago Alcantara, and they started the second half in much better fashion.

They were rewarded with a precious away goal though Mohamed Salah in the 51st minute, but Real had a response of their own as Vinicius (65) struck his second of the night to restore Real’s two-goal advantage and leave Liverpool with plenty of work to do ahead of next week’s second leg.

Real Madrid came out of the blocks quickly and they dominated the early stages as the visitors struggled to find the rhythm that secured them a 3-0 victory at Arsenal at the weekend.

UCL: Varane out of Madrid’s clash against Liverpool after testing positive to COVID-19