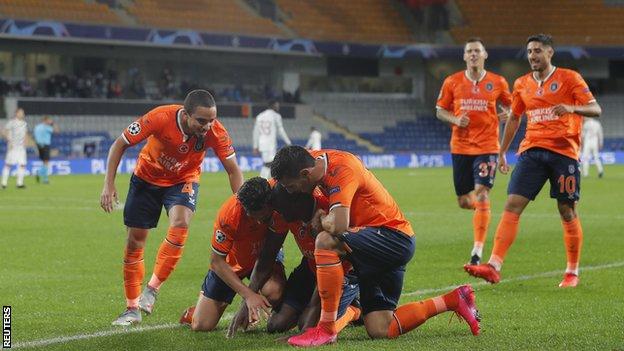 United who suffered a 1-0 home defeat to Arsenal in the Premier League fell being by two goals after a shambolic defending from their defenders.

MORE READING!  I need justice for my husband shot dead by soldiers - 25-year-old mom of five

Former Premier League star, Demba Ba put the home side ahead in the 12th minute after as he strolls in after picking up a pass from behind; with no defender in sight,  Ba surges through and beats Henderson with a low strike. Too easy.

Edin Višća put the home side in dreamland in the 40th minute as they capitalised on a mistake from Juan Mata to go two up.

Anthony Martial gave the United a lifeline in the 43rd minute after hammering into a Luke Shaw cross to reduce the deficit.

It was a game of defence and attack for both sides in the second half but the introduction of Paul Pogba, Edinson Cavani and Mason Greenwood was not enough to break the sturdy defence of the home side.

Istanbul Başakşehir head to Old Trafford with head’s high as they hope to repeat the shocker in the return leg.