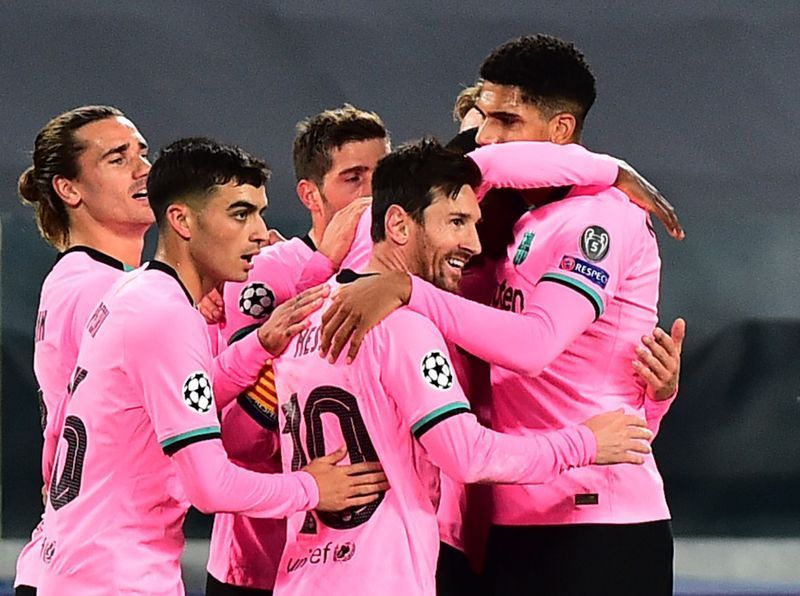 Barcelona bounced back from their El Classico defeat on Saturday with a 2-0 away win against Italian giants, Juventus at the Turin Stadium.

The Old Lady missed the services of superstar Cristiano Ronaldo who is currently battling COVID-19 since the international break.

Barcelona got in front through Ousmane Dembele in the 14th minute, thanks to a deflection which came off Chiesa, giving Szczesny absolutely no chance as it found the top-left corner.

The home side thought they pulled one back through Alvaro Morata but the former Real Madrid striker’s goal was ruled out for offside.

The former Atletico Madrid striker had two more goals rulled off for offside in the game.

Juve were reduced to 10-men in the 85th minute when Merih Demiral got his second yellow card for a foul on former Juve star, Miralem Pjanic.

Bernardeschi’s clumsy challenge on Ansu Fati in the box gave the away team a penalty which captain, Lionel Messi slotted in form 12 yeards to cap a fine performance from the Catalan club.