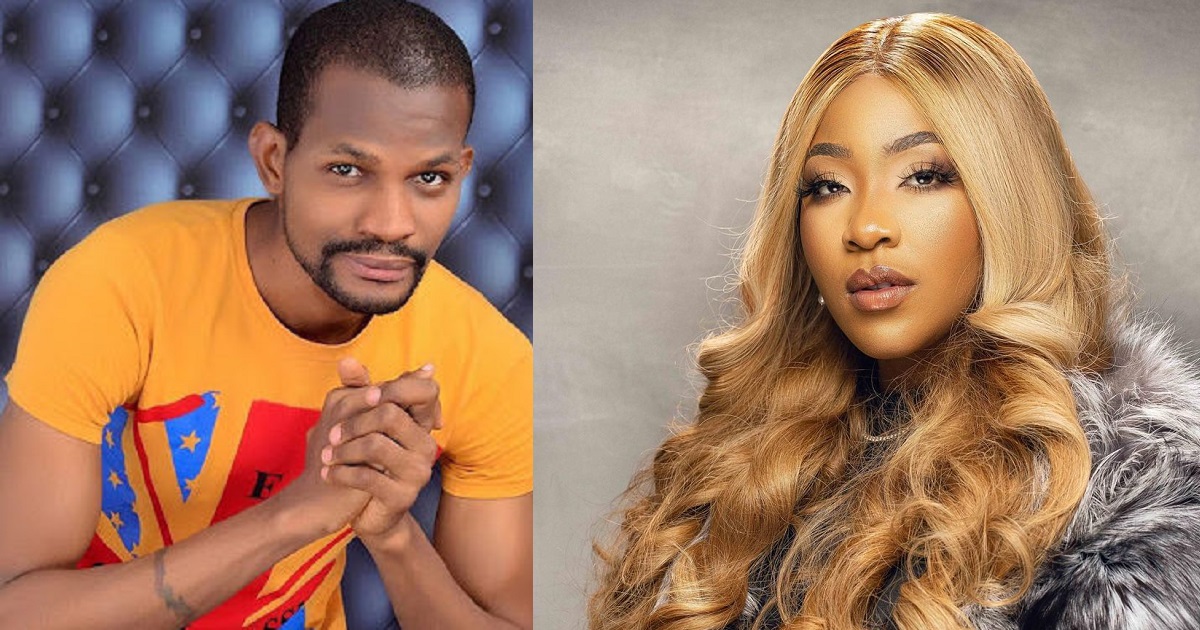 Erica, while on the ‘I Said What I Said’ podcast session with FK Abudu and Jollz on Tuesday, had stated that men have been avoiding her since her eviction from the reality show.

Although she had a steamy romance with fellow ex-housemate, Kiddwaya during their stay in the house, the relationship went sour months after the show ended.

According to Erica, a lot of men are intimidated by her celebrity status so they don’t approach her anymore.

In reaction to her statement, Maduagwu took to Instagram to state that Erica had reduced her value in the eyes of men, following her s*xcapades with fellow housemate, Kiddwaya on the reality show.

“My dear, people dey approach Nengi, Vee and other #bbnaija5 ex-housemates for dates because dem no rubbish their body with a random man on national #television you are #beautiful and successful more than even #titans lawma ambassadors but no be wetin dey intimidate #naija men be that abeg who wan date person wey don reduce her bride price on national #tv is that not an intimidating shame?” 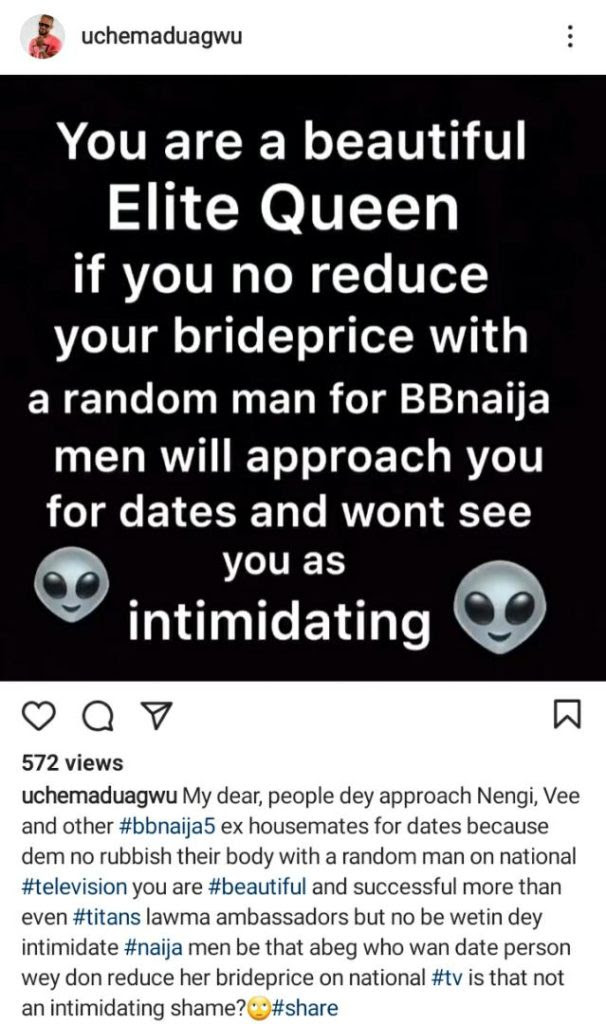