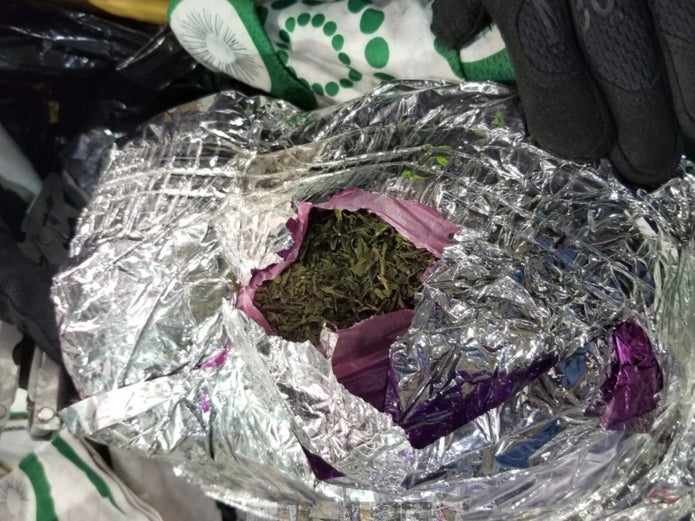 U.S. Customs and Border Protection officers seized $85,000 worth of the illegal drug khat in an air cargo shipment from Nigeria Monday at Washington Dulles International Airport, according to a release.

Customs officers discovered more than 678 pounds of a green leafy material wrapped in foil bundles inside 18 boxes of a variety of “African fabric.”

A botanist with the U.S. Department of Agriculture confirmed the officers’ suspicions that the bundles contained khat (Catha edulis) which is grown in East Africa and the Arabian Peninsula. Khat is commonly chewed for its stimulant effect.

The shipment, which was headed for an address in Essex County, New Jersey, in total weighed 678 pounds and 13 ounces and had an estimated street value of $85,000.

“This seizure of khat illustrates how our thorough inspections of international cargo helps to keep illicit and dangerous products out of our communities,” said Casey Durst, director of Field Operations for CBP’s Baltimore Field Office, in a release.

“Narcotics interdiction remains a priority mission for Customs and Border Protection and a responsibility that we take very serious.”

The World Health Organization classified khat as a drug of abuse in 1980. Cathinone and cathine are the active ingredients in khat. The Drug Enforcement Administration classifies cathinone as a schedule 1 drug and cathine is a Schedule IV controlled substance.

CBP officials seized an average of 3,707 pounds of dangerous drugs every day across the country.