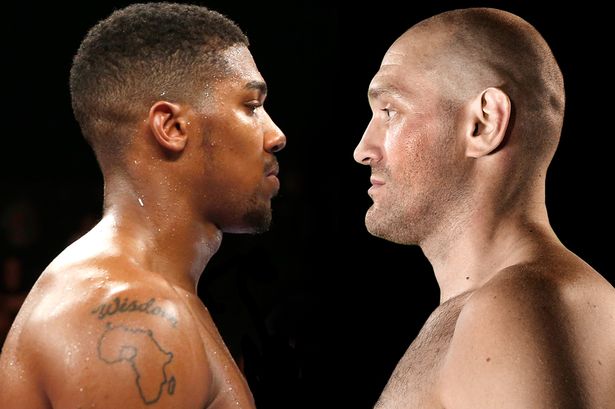 Joshua and Fury – the WBC world champion – are expected to put all of their belts on the line when they face each other later this year in one of the most highly anticipated heavyweight fights in a long time.

According to the younger Fury, the fight will be an easy one for Tyson.

“It’s definitely going to be a good fight but I’ve always said, from day one, it will be his easiest fight and I have no doubt about that,” the 21=year-old was quoted by the Daily Mail.

“Joshua is tailor-made for Tyson, what a great build-up it’s going to be and what a great fight,” said Fury, adding that Joshua would be an easier opponent than Deontay Wilder.

“Yes, by a mile. Wilder would have knocked out Joshua within two or three rounds,” he added.

“I know it’s heavyweight boxing and you can never say never, but there is nothing in that fight against Joshua that worries me for Tyson, especially like the Tyson I’ve seen now. He can walk through walls, he’s invincible and it’s going to take some man to beat him and I haven’t seen him bing born yet.

“To beat Tyson, you’re going to have to kill him. The only way you’re beating him is if you knock him out cold and he’s already been hit by the biggest puncher that’s ever livd, so how’s Joshua going to do it? He isn’t, so I think it’s going to be a very easy night for him.”

Serie A: AC Milan get Ibrahimovic boost for Torino match