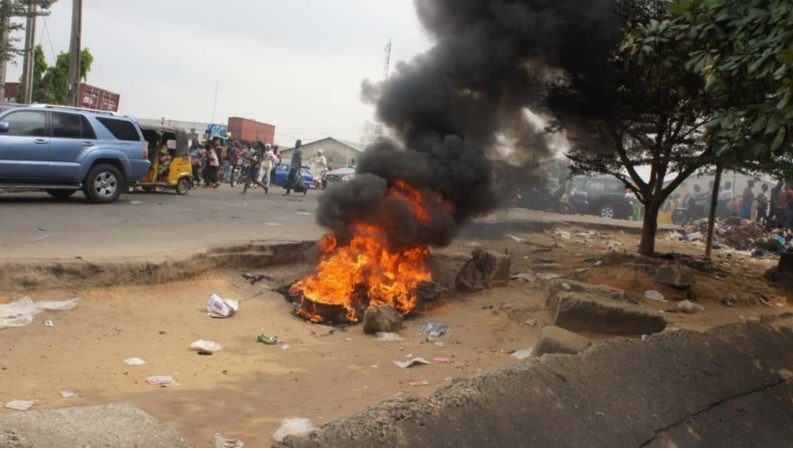 Two suspected thieves were lynched, beaten to a pulp and then set ablaze last night in Calabar, the Cross River State capital.

The incident happened along the popular Marian road, opposite Lion’s park, around 9 pm on Monday, September 21.

It was gathered that the suspects, said to be in their teens, were part of a 3-man gang that allegedly attacked a popular supermarket named Sunnytex and were about to escape when someone raised alarm.

MORE READING!  VIDEO: How my father was beaten to death by angry mob in his estate

According to an eyewitness, residents around Sunnytex Supermarket noticed suspicious movements, raised an alarm and went after the armed youths immediately they fled. Narrating how they captured the robbers, the witness said,

“When we noticed that the boys were robbing, we decided to lay siege and accost them, we were not afraid because we discovered they had locally-made gun.

“Immediately they came out from the supermarket the mob went after them, and raised the alarm, funny enough, one of them too joined the mob in shouting “thief ooo” not knowing that he has been marked already.

“Two ran through a nearby street while the one who joined us in raising alarm wanted to escape via Rabana roundabout, he was apprehended and lynched. The other was also lynched and set ablaze.”