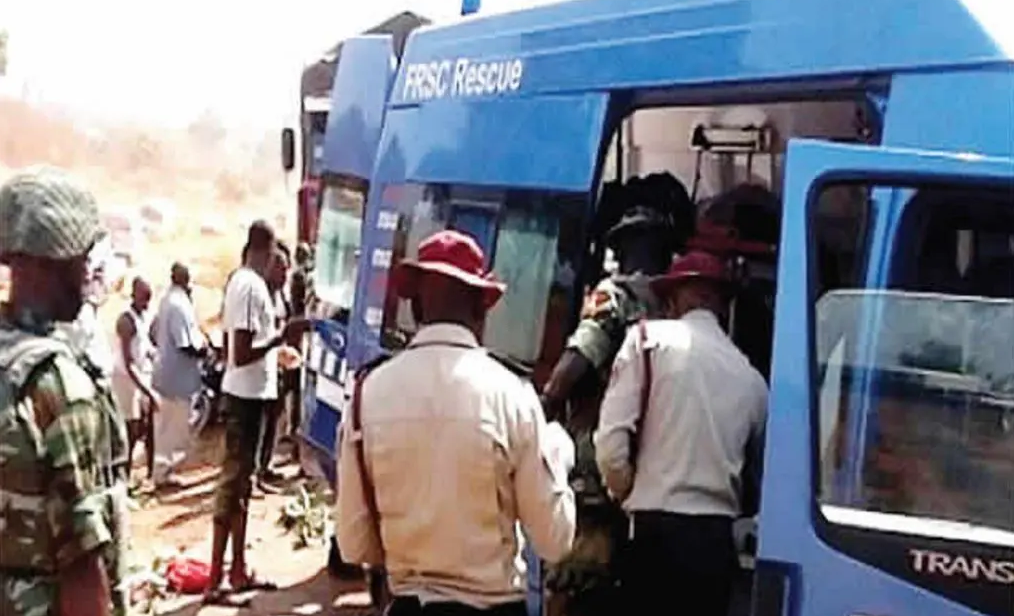 Yusuf Abdullahi, the Sector Commander, Federal Road Safety Corps (FRSC), in Bauchi state, on Saturday, said that two people lost their lives while four others were seriously injured in an auto crash in Ningi Local Government Area of the state.

Abdullahi, who disclosed this in an interview with the newsmen in Bauchi, said that the accident occurred around 4:30 a.m, on Friday, in Ningi Local Government Area of the state.

“The accident occurred very close to Kitabu Wasunnah filling station around 4:30 a.m on Friday morning. We observed that there was a culvert that was being rebuilt in the area where the accident happened.

“Because during the rainy season, the place is always overflooded the driver came into the place not knowing that it was under construction and he drove into it.

Abdullahi explained that there were eight male occupants in the commercial pick-up van involved in the crash, with plate number: DKA-924 YF.

“Eight people were involved, two died immediately, four sustained degrees of injury and two were unharmed. Victims and corpses had been taken to Ningi general hospital for treatment and confirmation,” said the sector commander.

The FRSC boss cautioned all road users, especially drivers, to be wary of speeding, especially, in the night or early in the mornings.

He reiterated that the corps would not relent in its determination to sensitize road users on safe driving and the need to comply with traffic rules and regulations.

“We will continue to carry out public enlightenment campaigns in motor parks, market squares and roads, on the dangers and causes of road accidents,” he said.