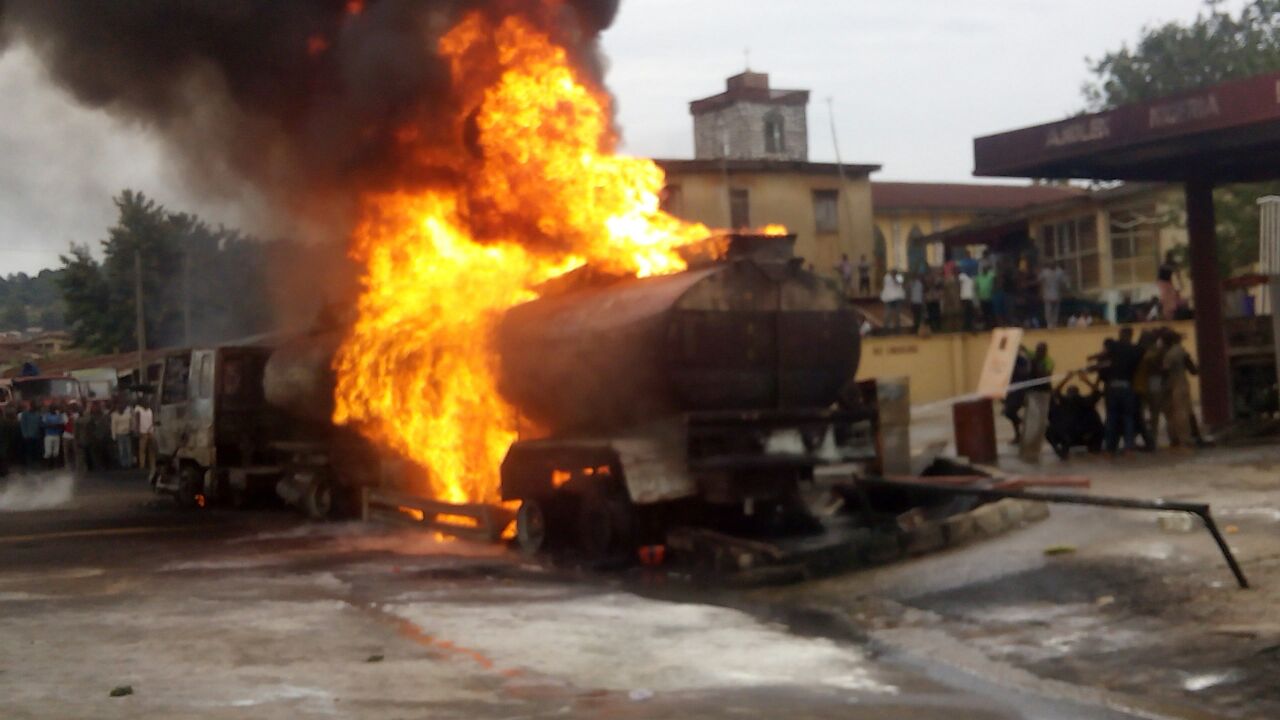 Two persons were injured in the wee hours of Wednesday around the Federal Polytechnic area in Bauchi State when a fuel-laden tanker suffered a lone crash and burst into flames.

The impact of the crash resulted in an inferno, it was learnt after the tanker spilt its content on the roadside.

The Nation gathered the two injured persons rushed to the explosion scene to scoop fuel.

Those in nearby areas said the sound of the explosion woke them up at about 11:40 pm.

The State fire service officials were said to have visited the scene to avert further damage the same night.

MORE READING!  One dead, three others injured in stampede for Tambuwal’s cash

Confirming the incident, the Police Public Relations Officer of the Bauchi Command, Ahmad Wakil told the Nation on phone the injured persons were receiving treatment at the Abubakar Tafawa Balewa University Teaching Hospital (ATBUTH), adding that no death was recorded.