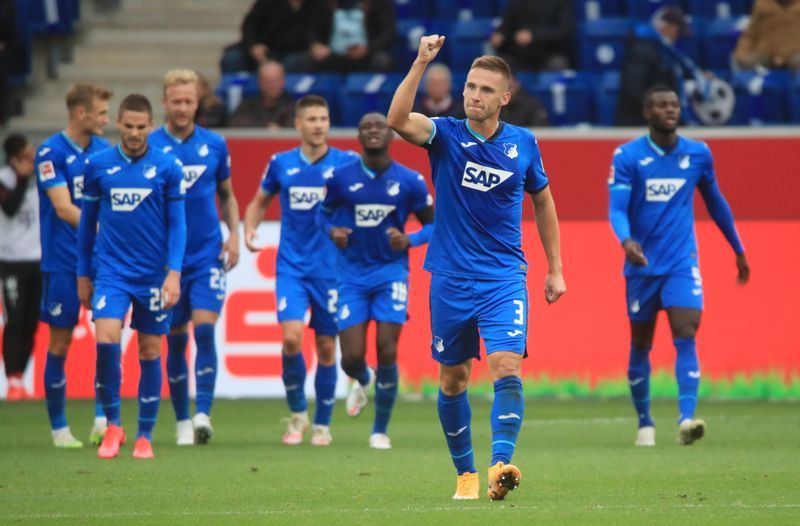 Neither Hoffenheim player had contact with other teammates or staff members and are now in quarantine, without having symptoms of COVID-19, the club said.

The names of the infected players were not made public.

But Hoffenheim said they had been abroad on international duty for the past two weeks and tested positive upon their return to Germany.

Over a dozen Hoffenheim players travelled with their respective countries this international break, including Croatian Andrej Kramaric, who is the league’s top goalscorer with six goals.

The club also said another player is in quarantine due to a family member contracting the virus.

Tests of further team members on Thursday were all negative.

Hoffenheim are still hoping to host 6,030 fans for the match, although this goes against the trend seen elsewhere in the country.

Borussia Moenchengladbach’s match against Wolfsburg on Saturday will be held with only 300 fans in the stadium while Freiburg versus Werder Bremen is to be behind closed doors.

Initially Gladbach had planned to host 10,000 fans, but this was not allowed by health authorities.

On Friday the infection rate in Moenchengladbach was 36.8 per 100,000 residents over the last seven days.

Freiburg originally hoped to welcome 3,800 fans to their game with the infection rate in the city only 29.8 on Thursday.

However, a sudden jump to 37.2 on Friday, according to the Robert Koch Institute, forced a change of plan.(dpa/NAN)