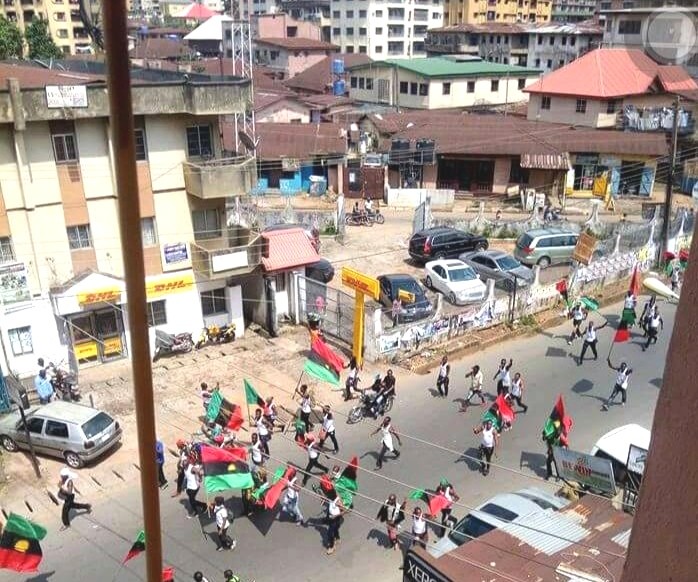 Two persons were feared dead and several operatives of the Directorate of State Security Service (DSS) missing following a clash with members of the Indigenous People of Biafra (IPOB).

The clash, which reportedly started between the DSS and IPOB members holding a meeting in Emene, Enugu lasted for several hours.

The police and army were mobilised to give back up to the DSS operatives.

It was revealed that men of the DSS had gone to Emene to stop an IPOB meeting when the fight ensued.

As the clash lasted the police and army were deployed to help salvage the situation.

Unspecified operatives of DSS were reported to have gone missing while about two persons were feared dead.

The Enugu State Police PRO, ASP Daniel Ekea, couldn’t be reached for comments as several calls to his line were not picked.

Girl, three, dies after falling into well in Lagos