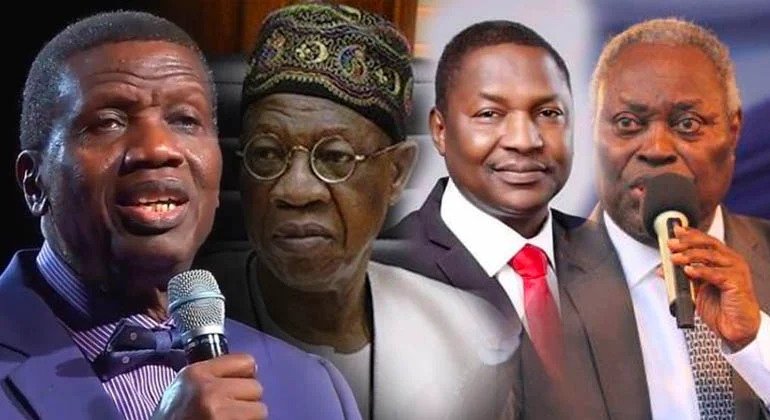 The Minister of Information and Culture, Alhaji Lai Mohammed, has said that Nigerians would not have any human rights if the country was torn apart by insecurity.

The minister said so on Monday evening during an interview with BBC News Africa.

His statement is not unconnected to what the General Overseer of the Redeemed Christian Church of God, Pastor Enoch Adeboye, tweeted earlier on Sunday that “tweeting is in accordance with Article 19 of the United Nations Universal Declaration of Human Rights”, defying the Federal Government’s Twitter ban.

Also, the Founder and General Superintendent of Deeper Christian Life Ministry Worldwide, Pastor William Kumuyi, tweeted on Sunday that his church has branches in over 100 countries and five continents, hence, it can tweet from anywhere in the world.

Recall that the Federal Government had placed a suspension on the platform last Friday after Twitter deleted a post by the President, Major General Muhammadu Buhari (retd.).

On Saturday, the Attorney-General of the Federation and Minister of Justice, Abubakar Malami, SAN, followed with an order to prosecute any person found using the platform.

But the restriction which has since been effected by Telcos and Internet Service Providers (ISP) has been bypassed by Nigerians, including governors who have likely devised the use of Virtual Private Network (VPN) services that can work around network restrictions.

Speaking specifically about the possible prosecution of Adeboye and Kumuyi on Monday evening during the interview, Mohammed said that the Attorney-General would decide whether or not to prosecute them.

“The Attorney-General has made it clear that if anybody violates the regulation that such a person will be prosecuted and this is not about any particular person. It is in the realm of the Attorney-General to decide who or who not to prosecute,” he said.

Speaking further, Mohammed said there would be no human rights if the country goes on fire.

“It is because there is a country called Nigeria that they have rights at all. If the country goes on fire, and there is insecurity everywhere, then, there will be no rights for anybody,” he added.

Asked if Nigeria is already facing insecurity, Mohammed told the interviewer – “Of course, there is.”

“Are we supposed to use Twitter to increase insecurity?” Mohammed asked, adding that agents of destruction have chosen Twitter as a platform to destabilise the corporate existence of Nigeria.”