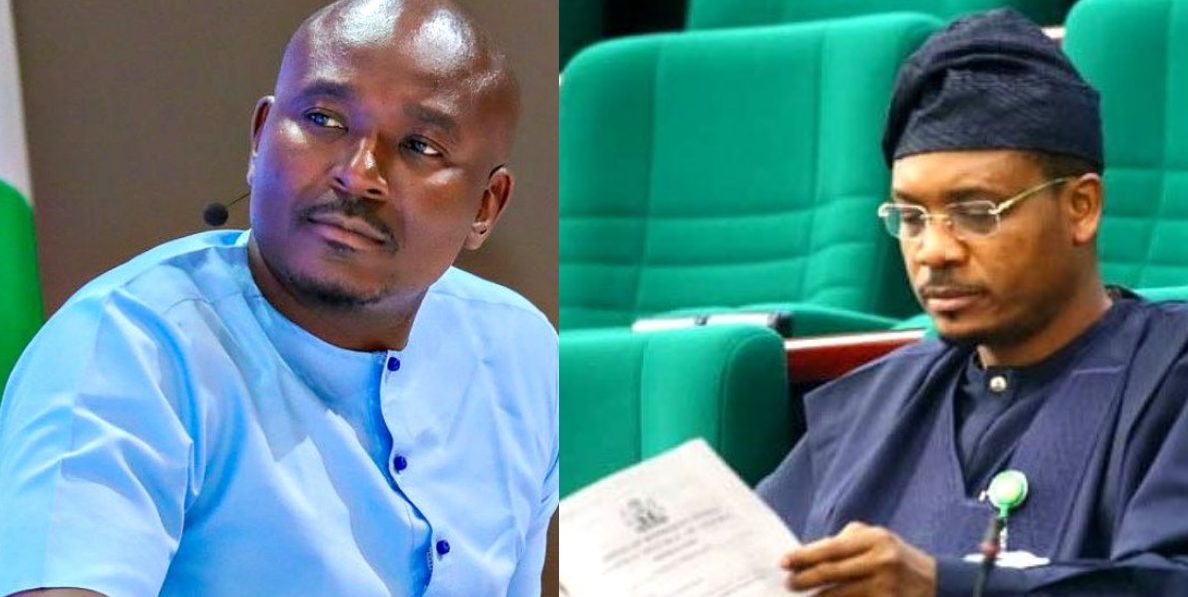 The arrest of a member of the House of Representatives and owner of Quilox night club, Shina Peller, as expected, has thrown the Nigeria Twitter Community into an uproar.

While some are reacting and condemning the lawmaker’s arrest and closure of his Quilox club, others are trolling his colleague, Akin Alabi, also a lawmaker and businessman.

Peller was detained at the Maroko police station in Lekki area of Lagos on Monday morning.

The police said they detained him after he stormed the station with thugs.

The Lagos State Police Command in a statement by its spokesperson Bala Elkana said the Quilox boss was detained after he led over 50 thugs to the station to remove three vehicles of his customers towed away for obstructing the free flow of traffic.

Elkana explained that the lawmaker had been warned many times, but he refused to do anything about it.

While Peller and five others have been moved to the State Criminal Investigation and Intelligence Department, Panti, where they are being investigated, the Lagos State Environmental Protection Agency (LASEPA), on Monday afternoon, shut down Quilox over pollution and traffic congestion.

Since reports of Peller’s arrest emerged on the internet, an angry Alabi has taken to Twitter to condemn the detention of his colleague, saying “Police brutality knows no status”.

“So founder of Quilox and House of Representatives member, @ShinaPeller went to bail his customers that were illegally arrested… then the Police at Maroko police station detained him as well. Police brutality knows no status.

“We are on our way to Panti. First of all, the cars of the customers were towed and seized for violating traffic. FINE. But they were arrested and told to pay N100,000 bribe. Why one earth do you need to pay the police a bribe after your car has already been seized.”

“Now they are trying to swing the narrative by lying that he tried to invade the police station. Lies. He went to bail those that were arrested. He was arrested. CP even boasted that he has a score to settle with him. Madness!

“You arrest those parked on the road. Someone goes to bail the people arrested. You arrest the person to. That summarizes why @ShinaPeller was arrested.”

Peller and Alabi share some things in common, they are both from Oyo State. Youthful business moguls who both represent their respective constituencies at the Green Chamber under the platform of the All Progressives Congress (APC).

They both have their businesses in Lagos Island.

Alabi’s tweets condemning the action of the police have made him a subject of internet trolling.

Some Twitter users told him to call on popular rights advocate Segun Awosanya aka Sega to help him secure the release of his colleague.

Sega is famous on social media for his #EndSARS advocacy and many Nigerians call on him to help secure the release of many young people brutalised, extorted and arrested by SARS operatives and other policemen.

Ordinary LASEPA arrested Shina Peller and shutdown Quilox. Akin Alabi is coming to cry on the TL like a cry-baby. Lemaaaooo.

We that have been experiencing SARS on a daily nkor?! pic.twitter.com/vXAhglE5T4

This Akin Alabi issue is so funny. Your fellow honourable was arrested and you’re reporting to us on Twitter.

To do what exactly? To help you call Segalink like we ordinary people always do?

Abeg abeg. If he pain you, move the motion for House 🤷‍♂️

Dey drag with Police wey no get school cert, wey 80 percent be former OPC how e Wan Sabi say na you get nairabet or even a member of the house, people who can’t say good morning make e correct 😂 😂 😂

Small manhandling of Shina Peller and Akin Alabi is ranting. Something we have been complaining about for years on this app. Cha cha dey rotate sha. 😊

Oloye Akin Alabi we are so sorry for the unfortunate incident that happened to your friend and colleague Shina Peller.

Kindly forward your complaint to @PoliceNG_CRU they are always working 24/7.

If you need extra, contact Oga Sega Link @segalink he has a lot to offer https://t.co/6jENLAzrwe

Akin Alabi is out here on Twitter lamenting about Police Brutality on Shina Peller is laughable.

Social media is the savior in this country, even Akin Alabi had to rush to Twitter to get help for his friend

The power of Twitter lasan but we fail to remove sowore for months now , is Akin Alabi thinking we will remove his friend tonight? 😂😂😂
Police is your friend

Akin Alabi really needs to tweet less. His lack of self awareness is astounding

Your use of words is very shallow, Nigerians slam Garba Shehu for attacking Falana