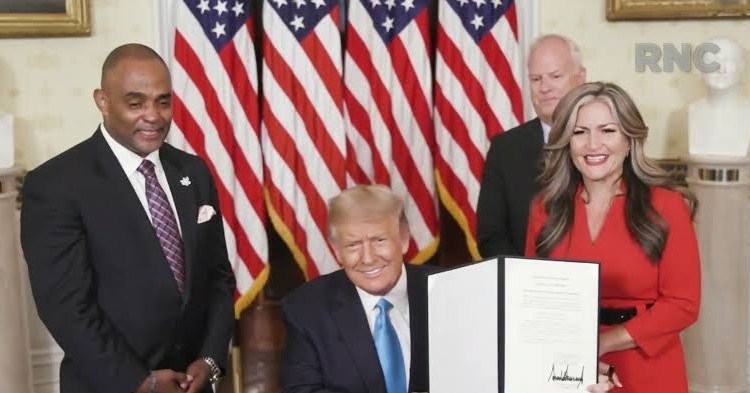 A pre-recorded video of Trump signing an executive order for the pardon, with Ponder standing beside him, aired on Tuesday night.

Coming amid the Republican National Convention, the president’s move is seen by some as an attempt to draw attention to criminal justice.

Criminal justice reform and the need to give repentant criminals a second chance are ideas promoted by Trump and his party.

According to reports, Ponder pleaded guilty to bank robbery in 2005, and was released from prison in 2009.

In 2010, he founded “Hope for Prisoners”, a non-governmental organisation assisting released prisoners to reintegrate into the society.

The president reportedly met him when he was invited to a National Day of Prayer event at the White House in 2018.

Trump praised Ponder’s commitment to Christianity and his friendship with Richard Beasley, a retired FBI agent who arrested him, and who accompanied him to the event.

The News Agency of Nigeria (NAN) reports that Beasley was also with Ponder at the signing of the pardon at the White House on Tuesday.

Speaking before the signing order, Trump said he believed that everyone was created by God for a purpose.

“I will continue to give all Americans, including former inmates, the best chance to build a new life and achieve their own American dream, and a great American dream it is.

“My hope for America is that formerly incarcerated people will be afforded the opportunity to take advantage of the fact that we live in a nation of second chances,” he said.