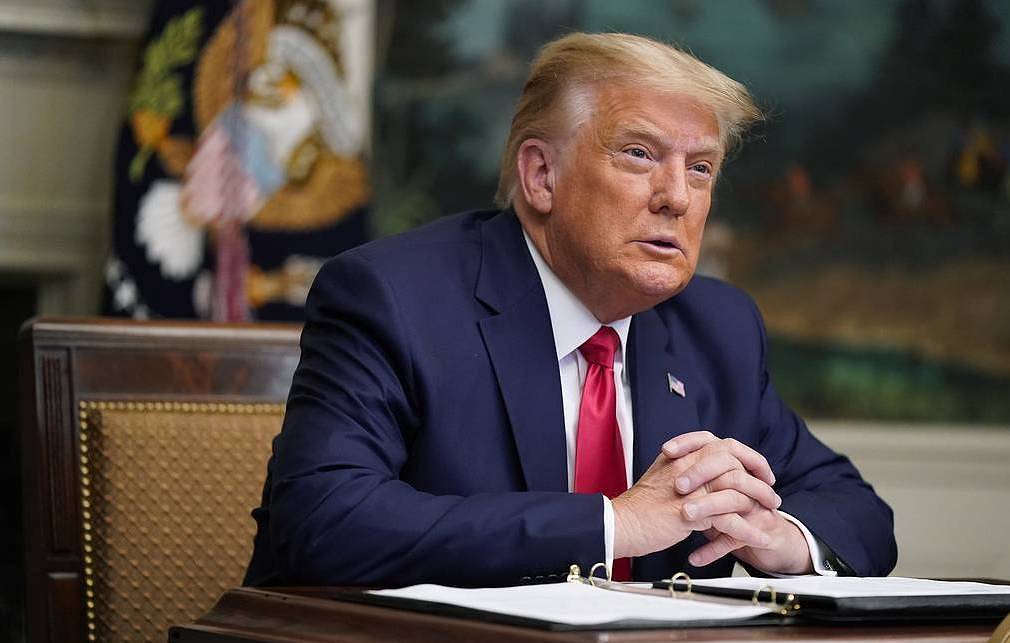 Former United State President, Donald Trump, has congratulated Nigeria for suspending the operations of Twitter in the country.

Trump, in a statement on Tuesday night, commended Nigeria for the action, calling on more countries to “ban Twitter and Facebook for not allowing free and open speech.”

“Congratulations to the country of Nigeria, who just banned Twitter because they banned their President.

“More COUNTRIES should ban Twitter and Facebook for not allowing free and open speech – all voices should be heard,” he said.

The Federal Government had on Friday suspended the operations of Twitter indefinitely due to its use for activities that were capable of undermining Nigeria’s corporate existence.

The Minister of Information, Lai Mohammed, announced the suspension of the micro-blogging social network, days after Twitter deleted a post by President Muhammadu Buhari for allegedly violating its policy.

Trump, who had more than 60 million followers before his suspension, said banning Twitter and Facebook would bring about competition in the social networking sites.

The former U.S. leader also expressed regrets for not taking action against them while he was president.

“In the meantime, competitors will emerge and take hold. Who are they to dictate good and evil if they themselves are evil?

“Perhaps, I should have done it while I was President. But Zuckerberg kept calling me and coming to the White House for dinner telling me how great I was,” Trump said.

Trump also made a veiled reference to his speculated 2024 presidential ambition by simply saying “2024?”

The two social networking sites claimed that he used the platforms to mobilise his followers to invade Capitol Hill over the outcome of the November 2020 presidential election after he lost.

Facebook had also on Friday announced that it had banned Trump from its two platforms – Facebook and Instagram – for two years, effective Jan. 7, 2021.
The social media, in a statement by Nick Clegg, Vice-President of Global Affairs, cited “severe violation” after Capitol Hill riots of January 6 and that Trump’s accounts would only be reinstated if conditions permitted.

Related Topics:FeaturedtrumpTwitter Ban
Up Next