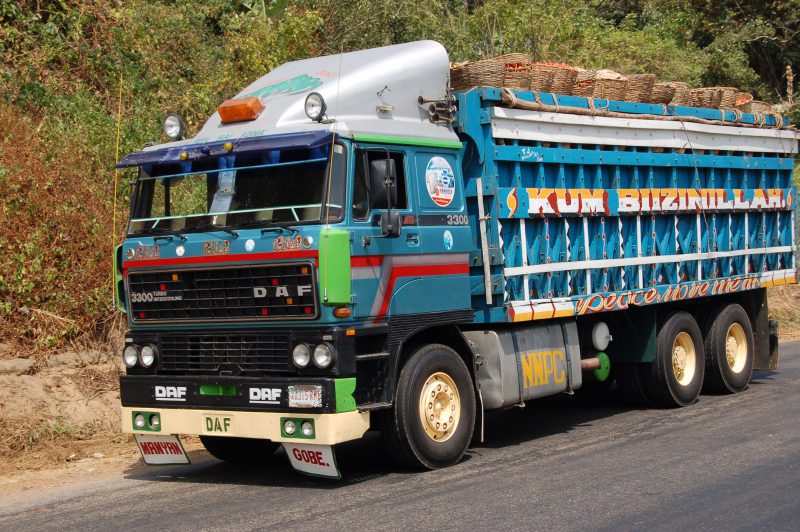 Truck owners in the country have sued 36 state government and six others under the Heavy Duty and Haulage Transport Association of Nigeria (HDHTAN) over alleged imposition of excessive taxes aimed at crippling their operations.

In the suit marked: FHC/ABJ/CS/1198/2020, the plaintiffs want the Federal High Court in Abuja to compel the 36 states of the federation, and the Federal Capital Territory (FCT) to stop the arbitrary erection of roadblocks and collection of tax, levy or fee from heavy-duty vehicles and haulage across the country.

The states were sued through their Attorneys-General. Other defendants in the suit include the Attorney General of the Federation (AGF), the Inspector General of Police (IGP), Nigeria Association of Agricultural Produce Dealers, the Minister of the FCT, Association of Local Government of Nigeria (ALGON) and the National Freight Hauliers Association.

The originating summons with the reference number and dated 21st of September, 2020 was filed by their lawyer; Abel Ozoko Esq also joins the 774 local government areas in Nigeria through the Association of Local Governments of Nigeria (ALGON and the National Freight Haulers Association as defendants in the suit.

The truck drivers are asking the court to determine whether the provisions of items 59, 62(a) and 63 of Part 1 of the Second Schedule to the Constitution of the Federal Republic of Nigeria, 1999 (As Amended) and sections 2 (2) and 3 of the Taxes and Levies (Approved List For Collection) Act, the states and local governments are prohibited from mounting roadblocks for the purposes of tax collection.

The truck drivers attached newspaper publications which decried the extortion and harassment of its members on the highways and the rising food crises as a result of difficulty faced by their members in conveying food to the various parts of the country.

They are seeking a declaration of the court that the defendants “are by the provisions of Sections 2 (2) and 3 of the Taxes and Levies (Approved List for Collection) Act, prohibited from mounting a roadblock in any part of the Federation of Nigeria for the purpose of collecting any form of tax, levy or fee from heavy-duty vehicles and haulage drivers.”

“A declaration of this Honourable Court that by Section 2 (2) and (3) of the Taxes and Levies (Approved List for Collection) Act, the 4 to 41 defendants are not empowered to collect any form of taxes, levies or fees from heavy-duty vehicles and haulage drivers on any Federal Highway or Federal trunk roads in Nigeria.

“A declaration of this Honourable Court that the 1 plaintiff is entitled to monitor the trucks of its members transporting goods and produce on several highways in Nigeria, to ensure their compliance with all traffic regulations and to avoid diversion of their trucks.

They are further demanding an order restraining the defendants “agents by or by themselves, whatever their servants effecting name called from multiple effecting taxations or further stopping or erecting or hindering any roadblock the or movement whatever of the plaintiffs means in by any part of Nigeria Highway or Federal or trunk on any Federal roads in Nigeria receiving for the collecting purpose or of any tax, levy vehicles and haulage or fee from heavy-duty drivers.”

No date has been fixed for hearing.