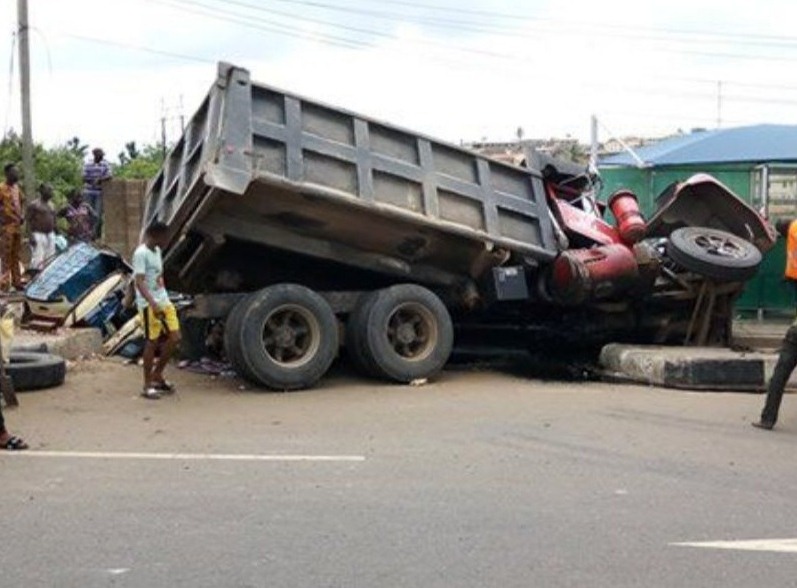 A truck loaded with granite on Friday crushed an Army officer identified as R. A. Nata’ala to death while riding his motorcycle around Iyana Mortuary area of Abeokuta, the Ogun State capital.

The accident was said to have occurred around 10:30 a.m.

According to an eyewitness, the victim was on his motorcycle with number plate: PKA 567 QD when a truck with registration number JJJ 833 XW had brake failure.

The eyewitness said that the truck swerved off from its lane and crushed the soldier who was riding his motorcycle to death.

The truck was said to be coming from Ajebo-Idi-Aba road, and heading toward Ijaye when the incident occurred.

The eyewitness explained that the traffic light had stopped some vehicles going toward Idi-Aba including the victim’s motorcycle when the truck rammed into his soldier’s motorcycle and killed him.

Also, the spokesperson of the Traffic Compliance and Enforcement Corps, Babatunde Akinbiyi, confirmed the incident to News Agency of Nigeria (NAN) in Abeokuta.

He said that the corpse of the deceased had been deposited at the mortuary of the State Hospital, Ijaye.

Akinbiyi, however, said that the truck driver ran away. (NAN)

With current tools, we are still far from a malaria-free world – WHO [See full report]