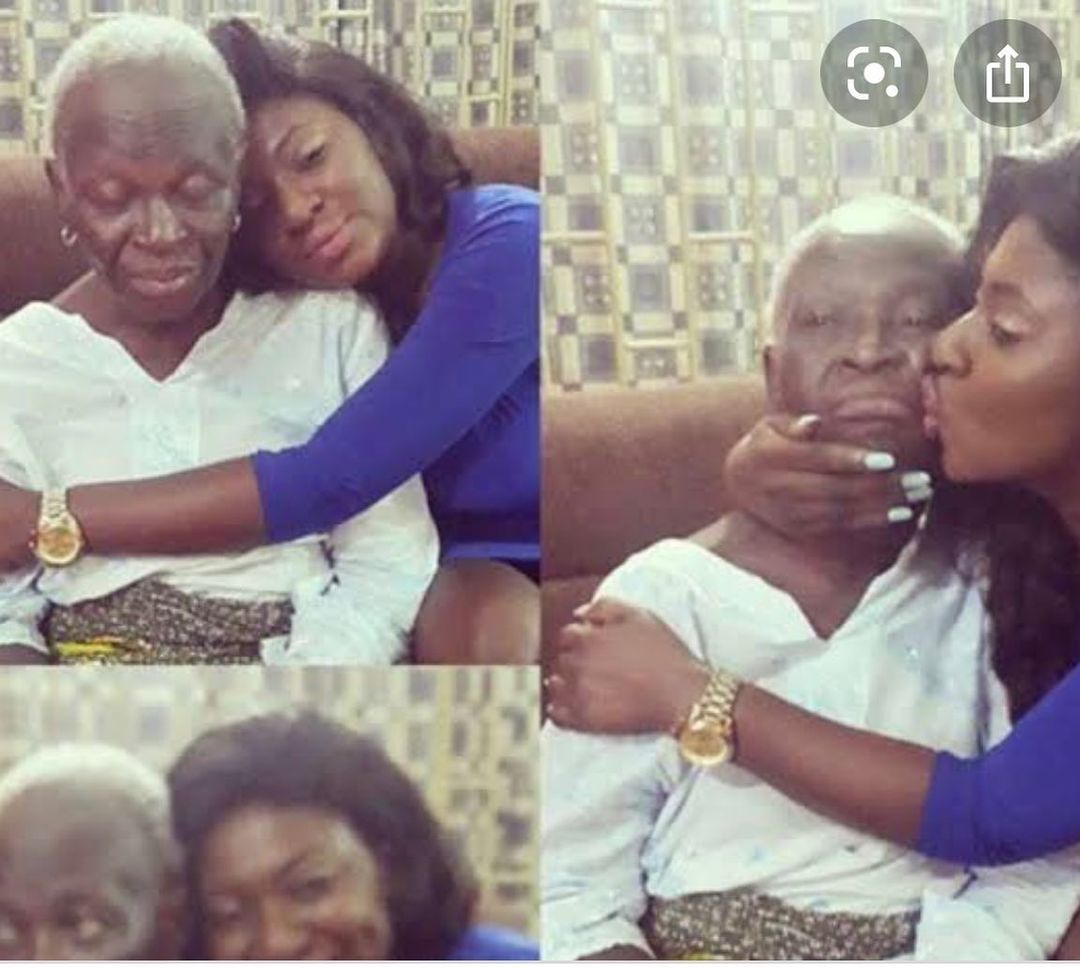 Nollywood actress, Yvonne Jegede, on Thursday came under heavy criticism after she paid tribute to Bukky Ajayi, the late mum of her ex-husband, Olakunle Fawole.

Although the late thespian passed away in Lagos on 6 July 2016 at the age of 82, Jegede and Fawole (rapper-turned-actor) got married in February 2018.

Unfortunately, the marriage hit the rocks after just a year.

Fast forward to May 20, 2021, an emotional Jegede who remains a single mother after the breakup paid tribute to her estranged husband’s late mum on her verified Instagram page.

She also shared multiple photos of herself and the late actress in the post tagged ‘Memory Lane’ to her 2.2million followers.

“For so many reasons I miss this great woman so much. I wish you were here to see your grandson @xavierjegede_f. Mama, we miss you, and I have no idea why I’m so emotional tonight. I miss you Mama.

“I know you loved me like yours and took me like yours. I will forever remember you Mama B, especially your last days. Xavier will be proud to know about you,” she wrote, referring to the only son which she shares with Fawole.

However, one of her followers, @sanyass_80 questioned her for posting the tribute after splitting from her son, Fawole.

He wrote: “But you left the son already now. Which kind witch be this now?”

In response to the user, the Nollywood star said, “As an ass that you are na your mama wey be winch.”

The attack was followed by another troll @badg.eh who added “if you want her son back, why not come out openly, being a single parent is not easy.”

But Yvonne refused to back down as she followed the troll up with a clap back which read: “E be like say you dey mad.”

She was, however, fortunate to have other people of like-minds who also relived the memory of late Ajayi coming to her.

One follower @ewadebola tweeted, “Goosh!!! So emoshy. Wish you could make things worked out again with her son. That would have been her greatest jog.”

Another fan @koko_idu wrote, “I love her, such a legend . I remember her role in “diamond ring “ such a good actress” while @wumbols added, “I misss her so very much toooo … she was the best Grand Aunty Ever. Shes in heaven with her bestie.”